A Mild Tuesday Night Leads into a Stormy Wednesday Night

Plenty of Warmth and Moisture Sets the Stage for Late Storms

We have had about .25″ of rain in Lexington over the past 24 hours.  Generally a quiet day.  Breezy south winds at times.  60s for most.  Wednesday will be more active.  The day itself won’t be too bad.  Isolated shower chances.  The afternoon will see scattered showers and thunderstorms.  Severe storm potential for us late.  Much higher of a threat as you work your way west (see below).  Thursday we begin to calm down for a few days.  Friday looks nice.  Friday late into early 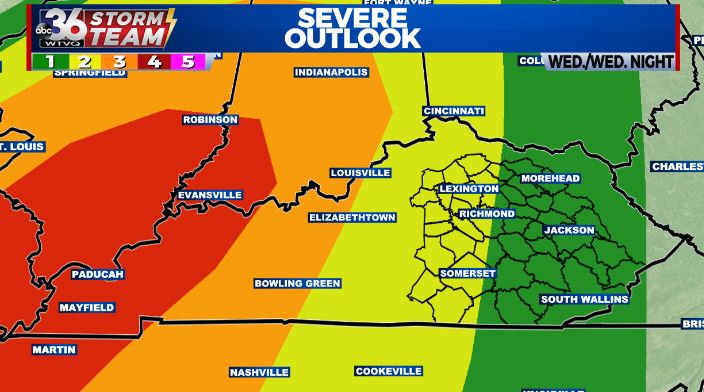 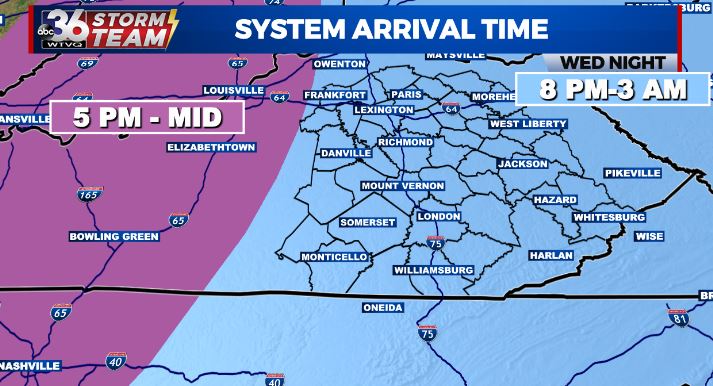 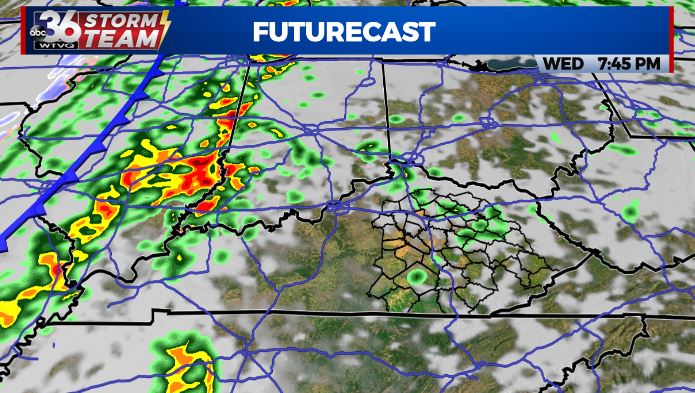 Late Wednesday night: a 100% chance of showers and thunderstorms.  Some could be strong.  Damaging winds is our greatest threat.  8 PM-3 AM is peak threat time as of now.

Friday: Mostly sunny and a high of 68.

Staying hot and dry as we head toward the upcoming weekend