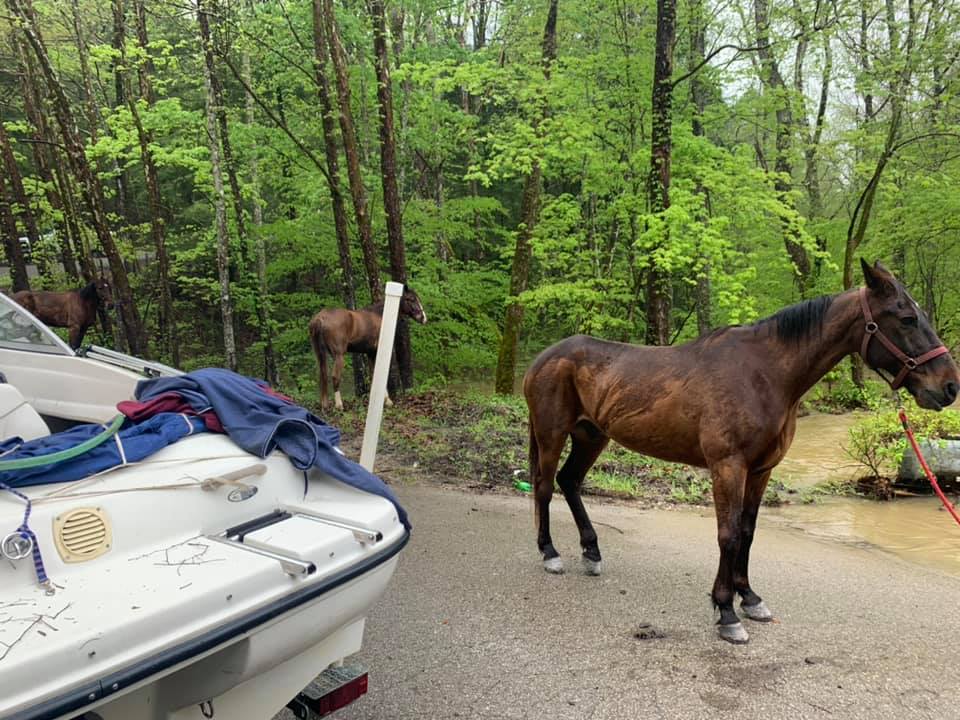 Tuesday from flood waters that over ran the area of White Oak Road and Sinking Creek Road in Laurel County west of London.

The London-Laurel County Rescue Squad was called to the area late Tuesday morning for a swift-water rescue, according to the department’s Facebook page.

Rain-swollen Sinking Creek had overrun its banks and trapped the victims in the area. 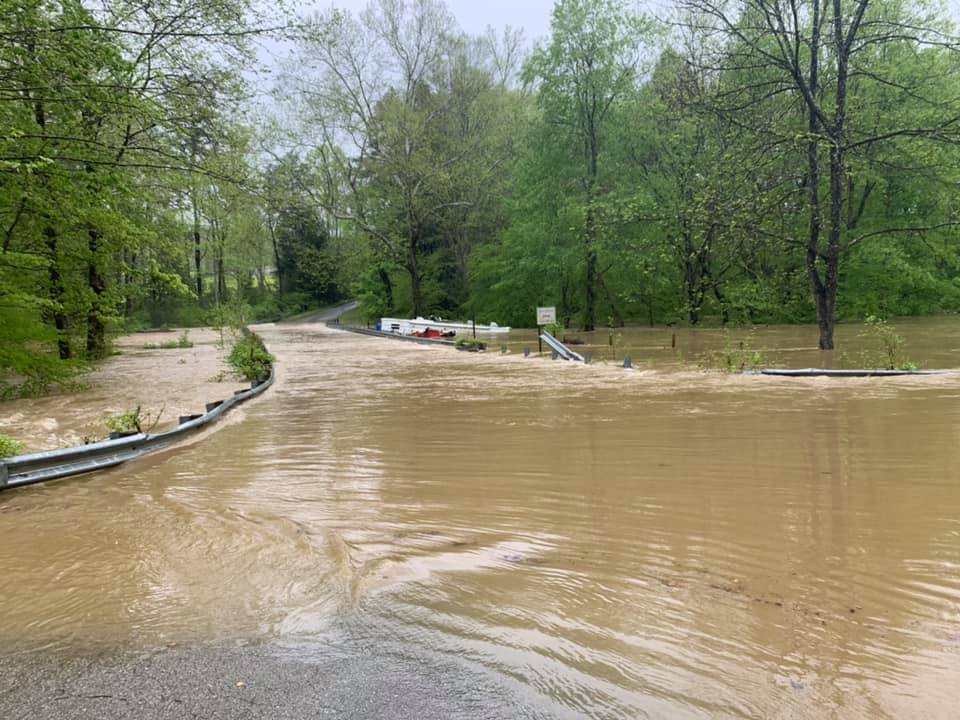 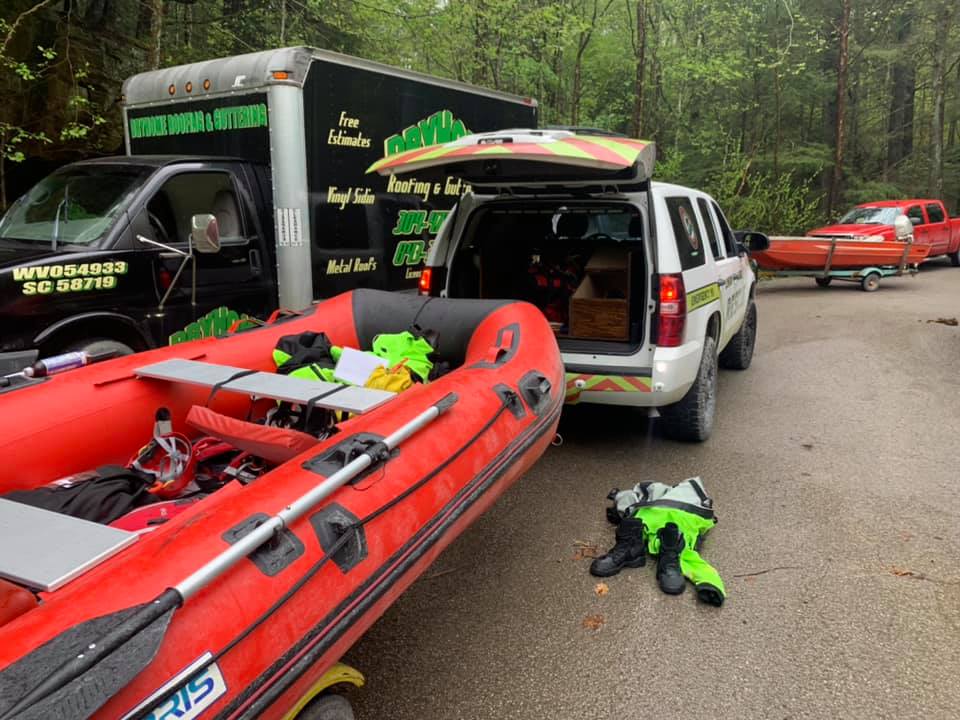 According to rescue squad chief John Allen, a horse camper got washed away, threatening the lives of the four horses inside.

The three people with the camper were able to get the horses out but the rescue squad then had to rescue the three people, who were trapped by the raging waters.

With snow again in the forecast, road crews are geared up and ready again