Woman wins big in lottery for a second time

Rita Bailey, of Perryville, already a Kentucky Lottery millionaire, has hit it big for a second time. After purchasing a Break Fort Knox scratch-off ticket at Mr. Miser Food Mart in Perryville, Bailey walked out of the store with a ticket worth $100,000.

“I prayed about this,” Bailey said.

Her mother has taken ill, and prior to going into the store Bailey said she prayed for God to show her how she could help her mom.

Bailey went into the store and chose to buy the $30 Break Fort Knox ticket.

She told lottery officials she doesn’t usually play scratch-offs but on this particular day, it was something she felt she should do.

After scratching the ticket off, Bailey thought she hadn’t won anything on the ticket. Just to be sure, she had the ticket scanned by the store clerk to be told it was for more than they could pay out.

“He said, ‘you didn’t scratch it all off.’  There’s your number right there,” the clerk said. 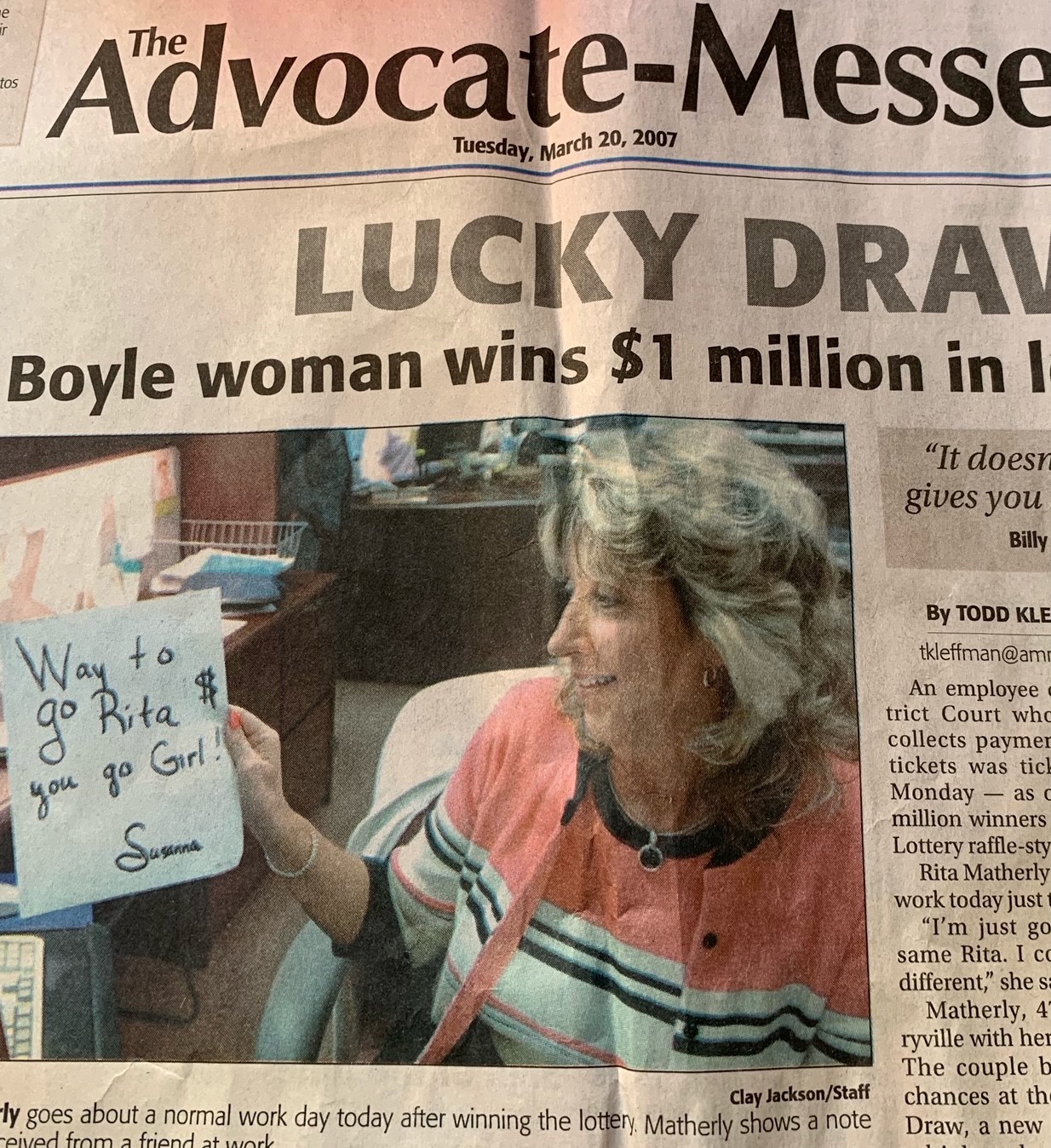 It turns out she had matched the number three on the ticket where located directly below was the $100,000 prize.

“I was just so excited knowing what I was going to use it (winnings) for,” Bailey said.

After taxes, Bailey received a check for $71,000. Mr. Miser Food Mart will receive a $1,000 bonus for selling the winning ticket.

This is the second time Bailey has had to make a trip to lottery headquarters to claim a large prize.