CAMPTON, Ky. (WTVQ) – Vandals threw two rocks – one round and one flat –

through the front windows at a business in downtown Campton in Wolfe County early Sunday.

According to the Wolfe County Sheriff’s Department Facebook page, some time between 4 a.m. and 7 a.m., vandals smashed the windows at JR’s Used Appliances on Main Street. The rocks broke out the large plate glass front window and the glass in the front door. 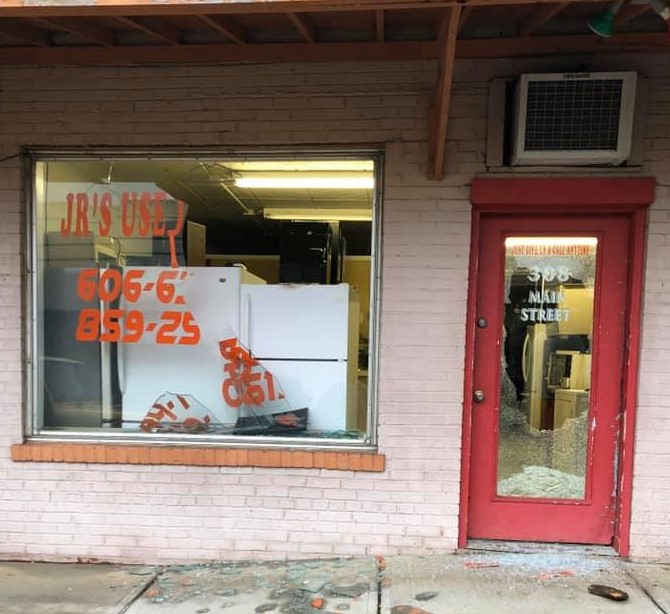 Nothing apparently was taken.

Anyone with information should contact Deputy Lawson at the Sheriff’s Department at 606 668 3569 or message the department on Facebook.

Biden 2024? Most Democrats say no thank you: AP-NORC poll