UPDATE: Man accused of shooting State Trooper in Cynthiana back in court

UPDATE (6/7/22) – The 21-year-old Lexington man accused of shooting a Kentucky State Police Trooper multiple times during a traffic stop in January in Cynthiana was back in court Tuesday.

LeeQuan Taylor appeared in court only for a few moments. The public defender says because the case is still being investigated, they’re not ready to proceed.

Taylor was indicted on 18 charges, including the attempted murder of a police officer.

According to KSP, a Trooper on patrol in Cynthiana pulled Taylor over during a traffic stop in January, after observing suspicious activity at an apartment complex.

Investigators say the trooper learned Taylor’s identity and that he had a suspended driver’s license.

During the traffic stop, investigators say the trooper noticed drug paraphernalia inside the vehicle and when he tried to detain taylor, the man pulled out a gun and reportedly shot the trooper several times, resulting in serious but non-life-threatening injuries.

The trooper returned fire but Taylor wasn’t hit and took off. He was later arrested in Lexington.

Taylor has entered a not guilty plea and remains at the bourbon county detention center on a $1.5 million dollar cash bond.

He’s due back in court in August.

CYNTHIANA, Ky. (WTVQ) – New details were released Tuesday in connection to a shooting that left a Kentucky State Trooper wounded and a suspect from Lexington in jail.

The Kentucky State Police Critical Incident Response Team, which investigates officer-involved shootings statewide, says around 4:16 p.m. on Jan. 28, 2022, Trooper Michael Sanguigni II was on patrol in Cynthiana when he observed suspicious activity at an apartment complex near Delta Court.

Investigators say Trooper Sanguigni II learned the involved vehicle’s registered owner, Leequan Taylor, of Lexington, had a suspended driver’s license.  After visually identifying Taylor as the driver of the vehicle, Trooper Sanguigni conducted a traffic stop to investigate, according to KSP.

During the traffic stop, Trooper Sanguigni II confirmed Taylor’s identity and observed drug paraphernalia inside the vehicle, according to the report.  Trooper Sanguigni II tried to detain Taylor at which time Taylor pulled out a gun and started shooting at the Trooper, hitting him six times, resulting in serious, but non-life threatening injuries, according to investigators.

Trooper Sanguigni II has been on administrative leave since the incident, which is standard procedure in a Trooper-involved shooting.  He is a two-year veteran of the agency and continues to recover from his injuries, according to State Police.

The investigation into the incident is ongoing.

CYNTHIANA, Ky. (WTVQ) – The 21-year-old Lexington man accused of shooting state trooper Michael Sanguigni II during a Jan. 28 traffic stop is being held on a $1.5 million bond after being indicted on 18 charges, including attempted murder of a police officer.

According to court records, Leequan Tyson Taylor, who goes by the nickname Quan, will be arraigned at 9 a.m. Feb. 15 in Harrison County Circuit Court.

In addition to the attempted murder charge, the indictments returned last week by the Harrison County grand Jury include first-degree assault on a police officer, 10 counts of wanton endangerment, first-degree fleeing, second-degree being a persistent felony offender, possession of heroin or fentanyl, evidence tampering, discharging a firearm across a road, a paraphernalia possession. The drug-related charges are enhanced by possession of a weapon, according to court records. The wanton endangerment charges stem from the shots being fired in the Delta Court area where people, including children, were present, according to the indictments.

The $1.5 million bond carries a variety of conditions, including no contact with any of the victims.

The wounded trooper graduated from the Kentucky State Police Academy in October 2019, according to state records. The Lexington resident was one of six new troopers in that class assigned to the Dry Ridge Post.

CYNTHIANA, Ky. (WTVQ) – While obviously excited and emotional, the Kentucky state trooper shot Jan. 28, 2022 while making a traffic stop in Cynthiana was relatively calmly, by most standards, moments after he was shot, calmly communicating with dispatchers about being shot, the direction in which his suspected shooter had fled and even talking about taking his shirt off to check his injuries, according to communications provided to WTVQ ABC 36.

The audio was obtained and edited by a contributor for the website Broadcasitfy.com from the audio archives for KSP Post 6 P25 radio system. It has been edited down to about 40 minutes condensing much of the hours from the time he was hot to the time the suspect was arrested. 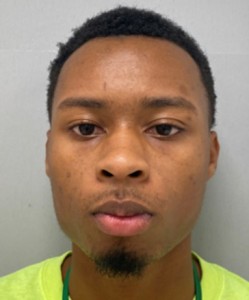 earlier this week in an initial arraignment.

He is not stranger to law enforcement with prior arrests and convictions dating back to 2019 and 2020 for carrying a concealed weapon and first-degree evading police among other things. In the case involving the unidentified trooper, he is charged with attempted murder of a police officer, first-degree assault, and possession of a handgun by a convicted felon.

The trooper spent a night in the UK Albert Chandler Medical Center before being released last Saturday.

UPDATE: (9 P.M., Jan 29, 2022) – The trooper involved in the Harrison County incident has been released from the University of Kentucky Albert B. Chandler Hospital and is recovering at home.

Preliminary investigation indicates the trooper was struck six times and three of those shots were stopped by his ballistic vest. One shot struck his agency issued taser, one struck his body-worn radio, and the final round struck his body causing serious, but non-life-threatening injuries.

UPDATE: (3:30 P.M., Jan 29, 2022)– Kentucky State Police has released the name of the suspect from Friday’s officer shooting in Cynthiana.

The suspect is 21-year-old LeeQuan T. Taylor of Lexington. Taylor has been charged with attempted murder of a police officer, first-degree assault, and possession of a handgun by a convicted felon.

He is being held in the Bourbon County Regional Detention Center.

The trooper, who’s name still has not been released, was treated overnight at the University of Kentucky Albert B. Chandler Hospital.

“I can’t thank these agencies enough for their support and effort last night,” said KSP Commissioner Phillip Burnett, Jr. “They are a true representation of Kentucky law enforcement working together to safeguard the commonwealth. Additionally, I want to personally commend the medical staff at Harrison Memorial Hospital and The University of Kentucky Albert B. Chandler Hospital for their expert care of our trooper and compassion displayed to him, his family, and our staff. Our agency is humbled by the outpouring of calls, prayers and concern from the citizens we serve daily.”

According to KSP, Post 12 Troopers and Lexington police located and arrested the suspect just after 10 p.m. on Friday. The suspects name has not yet been released.

The investigation by the KSP Critical Incident Response Team continues.

Check back with ABC36 for updates.

UPDATE: (1/28/22 7:30 P.M.) – A Kentucky State Trooper shot Friday afternoon in Cynthiana is expected to be okay. According to the Cynthiana Democrat, police chief Doug Robinson says the trooper who was shot two or three times was wearing a vest and, “will be okay.”

According to the paper, Chief Robinson says law enforcement has positively identified the suspect and he is a man out of Lexington. He also added the trooper was able to unload the magazine of his weapon in the direction of the perpetrator.

Kentucky State Police investigators say the trooper-involved shooting happened around 4:15 p.m. EST Friday. According to a preliminary investigation, KSP reports an officer with the Kentucky Department of Fish and Wildlife arrived at the scene and transported the trooper to Harrison Memorial Hospital. Shortly thereafter, the trooper was transported to the University of Kentucky Albert B. Chandler Hospital, where he is in stable condition.

CYNTHIANA, Ky. (WTVQ) – Kentucky State Police say a Trooper was shot before 4:30 p.m. Friday on Delta Court in Cynthiana.  The circumstances surrounding the shooting were not immediately released.

KSP says the Trooper was initially taken to Harrison Memorial Hospital in Cynthiana by a fish and wildlife officer who happened to be in the area at the time.

The Trooper was later transferred by police escort to UK Hospital in Lexington.

According to KSP, the Trooper was responsive when he arrived at the hospital.

State Police say the Trooper did have a bullet proof vest on when he was shot.

No suspect description was immediately available.

Continue to check back for updates.