LEXINGTON, Ky. (WTVQ ) – An animal abuse case out of eastern Kentucky of a dog badly burned has a happy ending. Cinder is now recovered and ready for adoption.

Lexington Rescue Group Paws 4 the Cause took in Cinder in August from a rural shelter.

“She was burnt by some sort of acid from her neck down to her back. She was in really, really bad shape,” said rescue coordinator for the group, Anita Spreitzer.

Spreitzer says Cinder has made a full recovery and is now ready for a loving home, “This dog has so much love to give.”

“She would do really great for someone who has anxiety and needs a companion to stick close,” added Spreitzer.

The rescue group is always looking for volunteers and people who can foster cats and dogs. 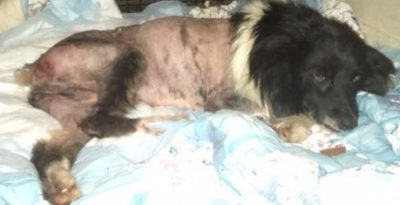