UPDATE (3/2/22) – A mother charged with her daughter’s murder made her first court appearance Wednesday. Catherine McKinney and her boyfriend Dakota Hill appeared in court by way of video conference in Bullitt County.

The two are charged in the death of 4-year-old Serenity McKinney. The child was last seen Christmas Eve of 2020 but wasn’t reported missing until a year later. Her remains were found in West Point last month.

The judge set a $1 million bail and ordered that McKinney and Hill not have contact with each other.

McKinney’s representation revealed she’s seven months pregnant and argued for a lower bail. The request was denied by the commonwealth and the judge. McKinney and Hill were declared a danger to others. Both are due back in court March 10. 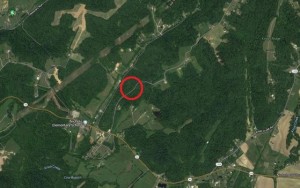 Location of where child’s body found

On Feb. 2, KSP was contacted by the SCSO requesting assistance with an investigation of a missing person case of a four-year old female that had last been seen in Dec. 2020.

On Feb. 18 at approximately 2 p.m. EST, detectives located the body of the 4-year-old in a wooded area near the 1300 block of Skyview Road in West Point near the Jefferson-Bullitt County line, the KSP said.

The victim’s body was taken by the Bullitt County Coroner’s Office to the Kentucky Medical Examiner’s Office in Louisville for an autopsy scheduled Saturday.

KSP along with the SCSO and the KAG office charged Serenity’s mother, Catherine McKinney, 21, of Shepherdsville, and her boyfriend Dakota Hill, 26, also of Shepherdsville, with murder and abuse of a corpse, the KSP said. At the time both McKinney and Hill were in custody at Shelby County Detention Center after being charged for custodial interference by the SCSO. McKinney and Hill had been arrested last week in Kansas before being extradited back to Kentucky. 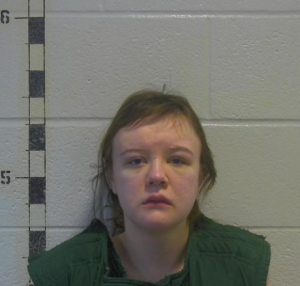 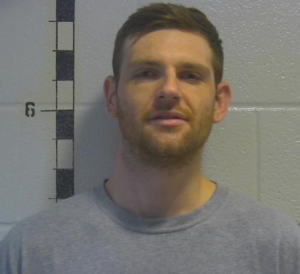 SHELBY COUNTY, Ky. (WTVQ) – The National Center for Missing & Exploited Children is actively searching for four-year-old Serenity Ann McKinney who has disappeared from her home in Pleasureville, Kentucky. The National Center urges media outlets to share a new video about Serenity’s case. The video, which NCMEC will be launching on social media platforms, includes an interview with Serenity’s grandmother.

Although Serenity was reported missing recently, no one knows exactly when she disappeared. Investigators say that it has been over a year since she was last seen on Christmas Eve 2020. Law enforcement officials in Kentucky are asking anyone who may have information about Serenity to come forward.

“We are very scared,” said Serenity’s grandmother. Her grandparents said they became concerned about Serenity’s safety after her mother suddenly stopped responding to their messages. “We love her, and we want her home.”

Angeline Hartmann, the Director of Communications at NCMEC, urges the public to stop and take a closer look at this case.

“No one knows exactly when Serenity disappeared, so we need everyone to pay careful attention to this case. It’s possible that someone out there has information that could assist in bringing Serenity home. We are going to have to work together to gather important information and fill in this timeline.”

Anyone with information about Serenity or her whereabouts should contact the Shelby County Sheriff’s Office at 502-633-2323 or the National Center for Missing & Exploited Children at 1-800-THE-LOST immediately.

The video featuring an interview with Serenity’s grandmother, done by the National Center for Missing & Exploited Children, can be found here: https://vimeo.com/675764881/c31cc73df2

This week, extended family members contacted law enforcement in Shelby County with concerns that Serenity is in danger.

The public is encouraged to contact the Shelby County Sheriff’s Office immediately at 502-633-4324 or 502-633-2323 with any information about Serenity’s whereabouts.

A poster containing a photo of Serenity and information about the case can be accessed here.