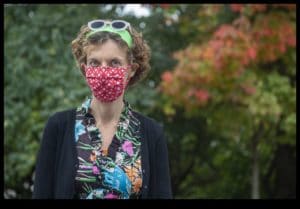 – Kurt Gohde and Kremena Todorova — have created a collection of photographs featuring 56 Lexington women of color who are leaders in the community.

And not surprisingly, the timing came with a historic milestone in the nation’s history.

“On the day Senator Kamala Harris made history as the first woman and the first woman of color to become Vice President-Elect, Kurt and I started work on a series of 46 photographs to celebrate Harris and to honor Lexington 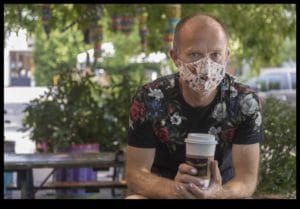 women of color who lead,” Todorova said in an introduction to the work.

“We began by recognizing we had already photographed many women of color who are leaders in our community for this artwork: Lexington in the Time of COVID-19. So we wrote to each of them to share about what we were doing and to ask if we could include the portraits we had taken of them. We also asked who else we should photograph,” she continued, noting one of the biggest challenges early on was explaining the meaning of ‘lead’ in a world that often still is guided by “male-centered ideas of leadership.”

Seeking women who are leaders because they head an organization, lead a movement, chair or sit on a board, own a business, or are beloved by many, “Over the next two months, we photographed women who are considered pillars of their communities; women who tend to the health of immigrant and Latinx kids; women who mentor fellow immigrant women and teach them English; women who advocate for other women; women who know when city government votes on resolutions that hurt their neighbors and who love their neighbors fiercely; women who teach and inspire; women who blaze new trails,” Todorova wrote.

And as they started, their subjects offered suggestions for even more

“It is impossible to say no to an offer to be introduced to more amazing women. Which is why this series highlights the stories of 56 Lexington women of color, even though Kurt and I initially set out to capture 46,” the artist stated. “We are taking this as a sign of who our next 10 Vice Presidents and maybe Presidents may be.”