LEXINGTON, Ky. (UK Athletics) – The Kentucky men’s basketball team will return to a traditional schedule in 2021-22 with the unveiling of the nonconference slate.

Beginning Nov. 9 at Madison Square Garden in New York vs. Duke in the Champions Classic, UK will play 13 nonconference games to go along with its soon-to-be-announced 18-game Southeastern Conference schedule.

The Wildcats’ nonconference schedule will feature nine games in Rupp Arena, two road trips and two neutral-site games. Bluebloods and traditional powerhouses form the backbone of the nonconference schedule with games vs. the Blue Devils and Ohio State in neutral-site matchups, road trips to Notre Dame and Kansas, and the annual rivalry game vs. Louisville, which is slated for Rupp Arena this season.

Kentucky will host Southern on Dec. 7 in the inaugural Unity Series, a five-year series that will feature annual games against schools from the Southwestern Athletic Conference, which is made up of historically black colleges and universities, with educational and networking opportunities at UK and SWAC institutions leading up to the game.

The Southern game is one of three homecomings in the nonconference schedule. The Jaguars are coached by Sean Woods, a UK Athletics Hall of Famer and the program’s all-time leader in career assists per game. The Central Michigan game (Nov. 29) will see Tony Barbee come back after seven seasons at Kentucky in assistant roles. And Tubby Smith, a UK Athletics Hall of Famer who coached UK to the 1998 national title and 10 SEC titles (five regular season and five tournament), will return to Rupp Arena for the first time on the opposing bench when he brings his High Point team to town on Dec. 31.

The full nonconference schedule is as follows: 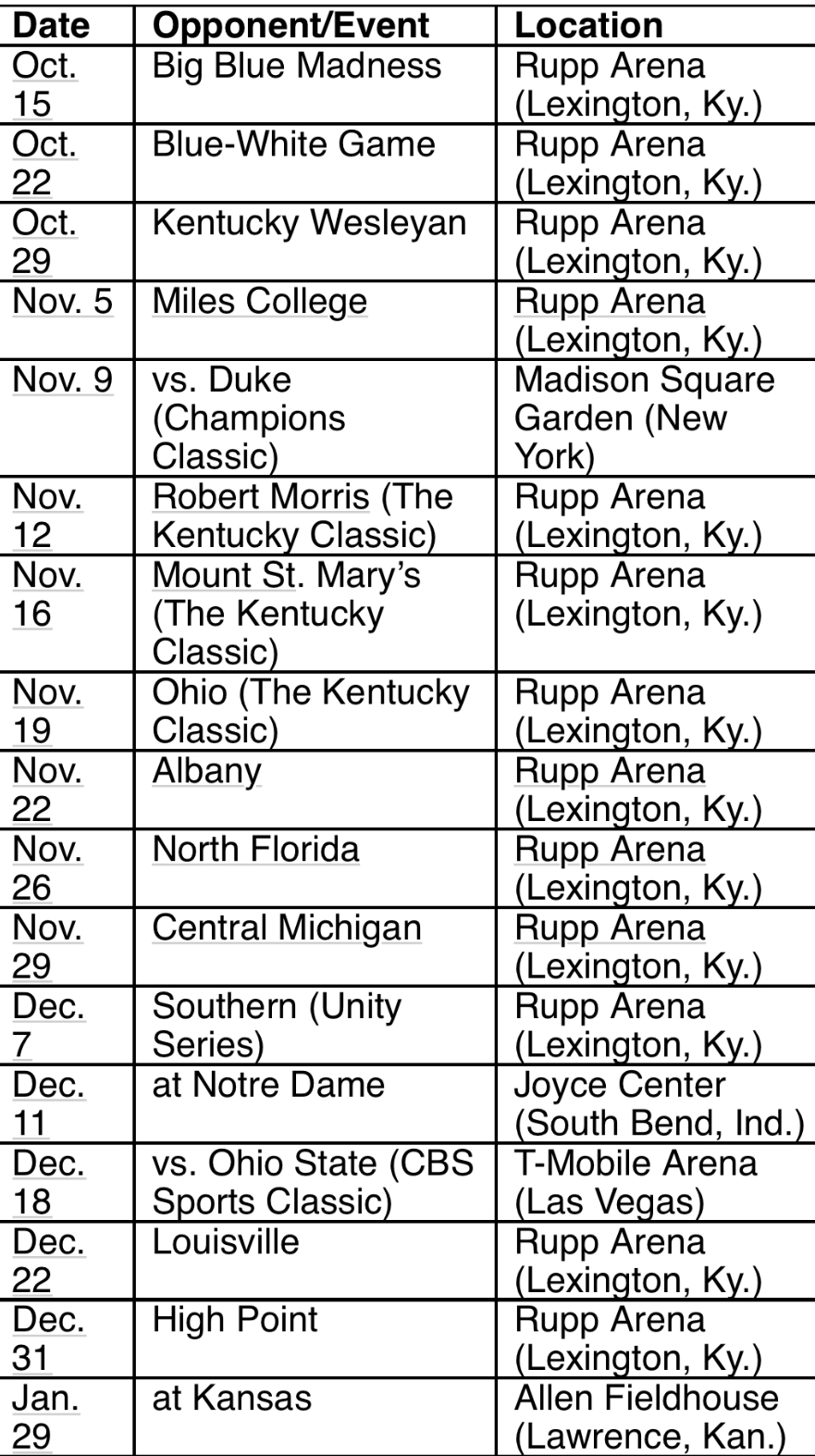 Superhero Duo embark on 17,000 mile journey across America to help those in need