LAUREL COUNTY, Ky. (WTVQ) – The Laurel County Sheriff’s Office says a woman admits she and another man kidnapped a man, bound him with a belt and assaulted him.

Investigators say 30-year old Jessica Charlene Lawson, of East Bernstadt, told deputies the victim reportedly stole money from her and that she and 46-year old Kendall Browning, also of East Bernstadt, found the man, kidnapped him and took him to Irvine Lane where they assaulted the victim.

Deputies say the victim, whose name was not released, was taken to the hospital with possible multiple fractures.

Investigators say when they were looking for Lawson and Browning, a deputy spotted the suspect’s vehicle turn from Farris Jones Road onto Irvine Lane and that Browning got out of the vehicle and ran toward a home.  Deputies say they found Browning hiding under the mobile home and that he refused to come out.

Browning struggled with deputies during his arrest, according to the sheriff’s office.  Investigators say Browning is a parole violator.

Lawson was arrested and charged with Assault 2nd Degree and Kidnapping-Adult, according to investigators.

Browning was charged with Assault 2nd Degree, Kidnapping-Adult and Resisting Arrest, according to deputies.  He was also charged on a Kentucky Parole Board violation warrant for Absconding Parole Supervision; Failure to Complete Treatment for Substance Abuse; Failure to Make Restitution as directed regarding a conviction in Laurel Circuit Court on charges of making false statements to prevent reduction of benefits over $100 and Flagrant Nonsupport, according to deputies.

Lawson and Browning were taken to the Laurel County Correctional Center in London. 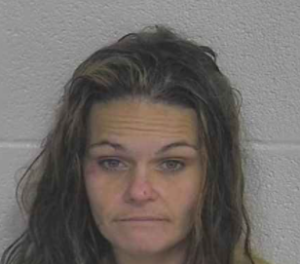