Charges were dropped against one suspect, grand jury declined to indict two others

The Lexington Herald-Leader reports a Fayette County Grand Jury declined to indict Tayte Patton and Antonio Turner and prosecutors dropped the charge against Antwone Davenport.  The report says the grand jury dismissal was without prejudice, which means if new or additional evidence is found, the charges can be resubmitted to a grand jury for indictment.

Lexington Police say 18-year old Mykel Waide was one of four people shot at the Residence Inn on Newtown Court on Aug. 16, 2020.  Waide was the only shooting victim who died.  He was set to begin classes at the University of Louisville the week he was shot and killed.

Commonwealth’s Attorney Lou Anna Red Corn told the newspaper her office considers this to be an open case and those responsible for the death of Waide will be held accountable.

Tayte Patton’s attorney told the newspaper he was grateful the grand jury listened to the evidence and didn’t think it was sufficient for indictment, but added, Patton is going to be tagged forever for being connected to a murder that was dismissed.

Patton and Turner were arrested more than a year after the deadly shooting.  Davenport was arrested in Illinois by US Marshals earlier this month.

A witness told Lexington Police during the homicide investigation they saw Patton and Turner shooting out of the back of a vehicle into a crowd of people at the hotel, according to the newspaper report.

Patton’s attorney previously claimed that Patton wasn’t able to prove his innocence, in part, because prosecutors had been permitted to hide the identity of the eyewitness who placed Patton and Turner at the crime scene, according to the report.

A Fayette District Court judge ruled that revealing the witnesses’ identity could unnecessarily endanger that person, according to the report.  Patton’s attorney also raised concerns over the witness’ credibility because the person was a rival gang member, according to police testimony in a prior court hearing cited by the Lexington Herald-Leader.

Davenport was arrested after an eyewitness told investigators they saw Davenport in a vehicle in the hotel parking lot and that he got out and started shooting at a crowd of people, according to court records cited by the newspaper. 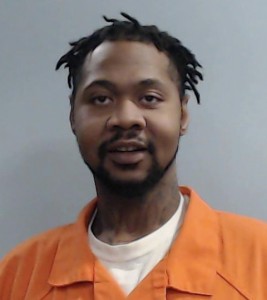 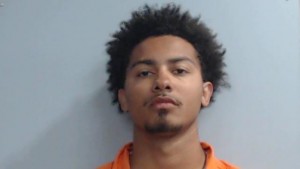 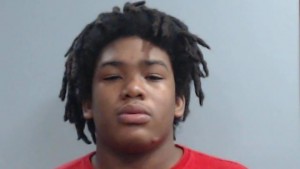 LEXINGTON, Ky. (WTVQ) – A third person has been arrested in connection with the August 2020 shooting death on Newtown Pike of a Tates Creek High School student.

According to police, the US Marshals located and arrested 33-year-old Antwone Davenport in Illinois. Davenport has been charged with murder, first-degree wanton endangerment, and possession of handgun by convicted felon. He is in the Fayette County Detention Center.

Anyone with additional information about this case is asked to contact Lexington Police by calling (859) 258-3600. Anonymous tips can be submitted to Bluegrass Crime Stoppers by calling (859) 253-2020, online at www.bluegrasscrimestoppers.com, or through the P3 tips app available at www.p3tips.com.

Officers responded to the 1000 block of Newtown Pike around 1:30 a.m. Sunday, August 16, 2020 for a report of a large disorder with shots fired. Upon arrival officers located 18-year-old Mykel Waide, of Lexington, dead and three additional victims with gunshot wounds.

LEXINGTON, Ky. (WTVQ) – – Two people have been charged in connection with a homicide 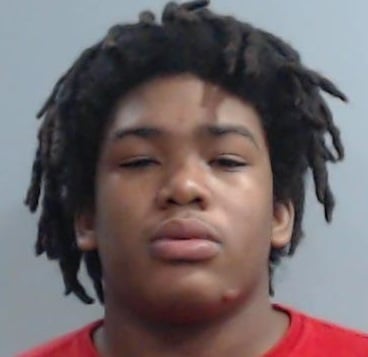 Patton and Turner were both charged with murder and first-degree wanton endangerment, police said. Both suspects are lodged in the Fayette County Detention Center.

This investigation is ongoing. Anyone with information about this case is asked to contact Lexington Police by calling (859) 258-3600. 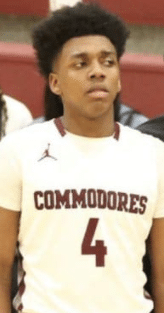 early Sunday and are asking the public’s help.

Officers responded to the Residence Inn area in the 1000 block of Newtown Pike around 1:30 a.m. Sunday, August 16, 2020 for a report of a large disorder with shots fired.

Upon arrival officers located the 18-year-old victim deceased. The Fayette County Coroner’s office has identified the victim as Mykel Waide of Lexington.

And while his family and friends mourn, police need help.

Anonymous tips can be submitted by using a free P3 Tips app available at www.p3tips.com.  Information can also be sent anonymously through Bluegrass Crime Stoppers at (859) 253-2020 or www.bluegrasscrimestoppers.com.

The Fayette County coroner identified the victim as 18-year-old Mykel Waide. Lexington Police say Waide was shot in the 1000 block of Newtown Pike near the Residence Inn overnight Sunday around 1:30 a.m.

The cause of death has been ruled a homicide. Lexington Police say this is the city’s 20th homicide this year.

No other information was released by the coroner.

Lexington Police say there were two other shooting victims who suffered non-life threatening injuries.  Their names were not released.

Investigators say the initial call was for a large disorder with shots fired at what turned out to be the shooting scene.  No other details were released by police.  As of this writing, no suspects have been named, no arrests made.

ABC 36 News has learned Waide just graduated from Tates Creek High School and was scheduled to begin classes this week at the University of Louisville.

*Note:  The photo of Mykel Waide that accompanies this story is courtesy of Tates Creek Basketball.