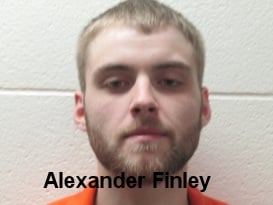 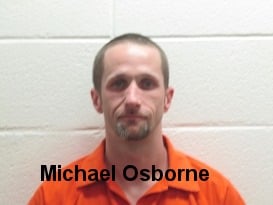 against two Louisville men accused of selling meth from a hotel room in London.

An AR-15 rifle, handgun, meth and heroin, cash and even Narcan spray to reverse overdoses, was seized, according to Laurel County Sheriff John Root.

The sheriff said 34-year-old Michael A. Osborne and 21-year-old Alexander Christian Finley wee charged. Both were charged with conspiracy and possession of a weapon by a convicted felon. Osborne also is charged on a Kentucky parole board parole violation for absconding parole on a drug conviction in Jefferson County, according to the department.