Deputies with the Scott County Sheriff’s Office were called to the 1100 block of Lisle Road about robbery.

According to the deputies, the victim says two men put a gun to his head and took personal items.

The victim was able to give a description of the suspects and their vehicle.

Deputies say they tracked the two down on Seminole Trial in Georgetown and, when they searched the vehicle, found three firearms.

According to deputies, two of the weapons were defaced and one was previously reported stolen.

They say they also located the robbery victim’s personal belongings.

Zachary Arnett and Kyle Robinson were taken into custody.

Both were charged with robbery. 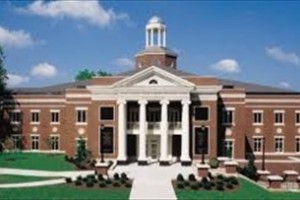