Trump hitting Mexico with 5% tariff in response to migrants

WASHINGTON (AP) – President Donald Trump says he is slapping a 5% tariff on all Mexican imports to pressure the country to do more to crack down on the surge of Central American migrants trying to cross the U.S. border.

The tariff is effective June 10. The president says the percentage will gradually increase “until the Illegal Immigration problem is remedied.”

Trump made the announcement by tweet after telling reporters earlier Thursday that he was planning “a major statement” that would be his “biggest” so far on the border. 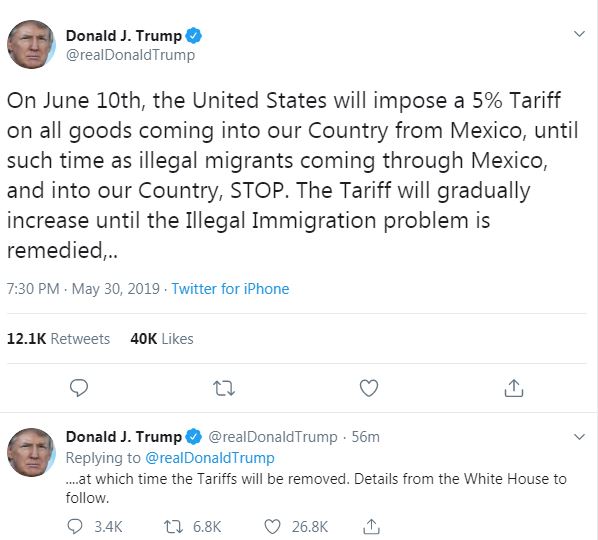 Trump has accused the Mexican government of failing to do enough to crack down on the surge of Central American migrants who have been flowing to the U.S in search of asylum from countries including El Salvador, Honduras and Gautama.

It’s unclear how this will impact the new United States-Mexico-Canada trade deal.