“It happened in a split second I mean all of a sudden everything started to get real loud like a hurricane coming through, it was just really loud” said Ernie Ferguson.

A 20 ton tree gave way during an ice storm, destroying the Ferguson’s cabin….with him and his wife inside. 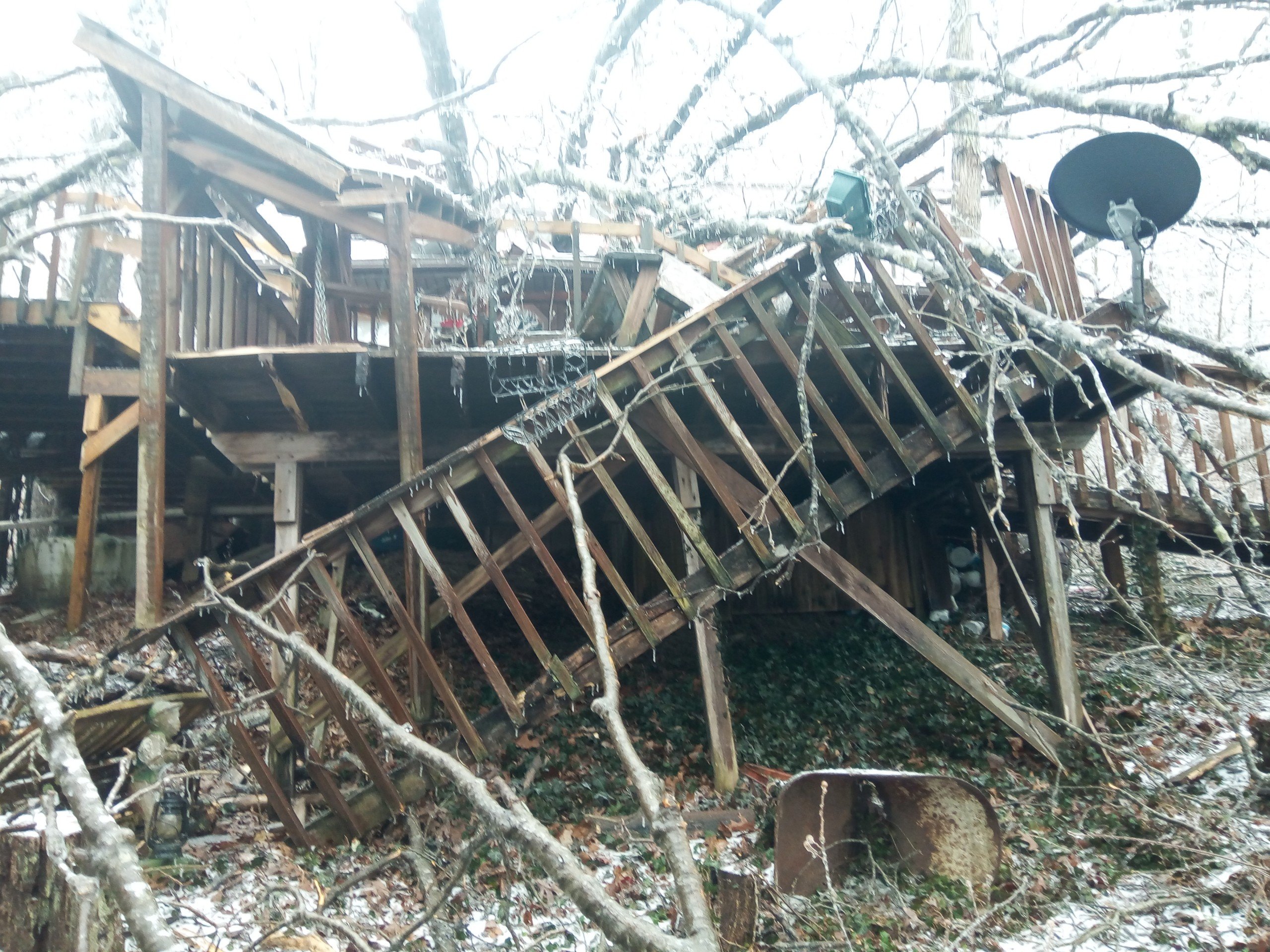 He says the tree crashed down right in between them.

Their son Josh recalls the fear he felt after getting that phone call.

“Just another feet and another few seconds earlier and I would have lost both of my parents” said Josh Ferguson.

He says he believes both his parents were knocked out for a short period of time, then crawled out of the house when they came to.

“We were on the phone with paramedics trying to tell them where they live and it took them four and a half hours to get to them and it’s not because of them…there were just so many down trees across the road” added Josh.

Luckily, they weren’t seriously injured, but Ernie’s wife is still recovering from a concussion.

“It was a terrifying ordeal, absolutely terrifying” said Josh.

It was a near death experience they never truly saw coming

“We were always nervous about it because it’s such a big tree and so close to the house but there wasn’t much time to do much thinking, but that tree’s been in the back of our mind though, but we’ve lived there for twenty years and nothing’s ever happened like that” added Ernie.

The Fergusons are warning others to be careful during these winter storms and to check the surroundings of your home.

They say that on top of this, they now have to worry about additional damage, with it being a collapsed roof, from more winter weather. Josh says a tarp has been placed over the openings as best as it could be.

“Kentucky is prone to getting ice and freezing rain this is going to happen again and it might be someone else next time” said Josh.

Ernie and his wife are staying with their son for the time being.

A Menifee County home was destroyed by a 20 ton tree after it fell during an ice storm. @ABC36News pic.twitter.com/IIKKmSXNij