BEAVER DAM, Ky. (WTVQ) – Kentucky State Police say an Arkansas man who was speeding on the Western Kentucky Parkway was also carrying a lot of marijuana and cash and ended up in jail.

Investigators say 23-year old Tyler Green, of Conway, Arkansas, was going 96 miles-per-hour in a 70 mile-per-hour zone in a Nissan Pathfinder when he was pulled over two miles west of Beaver Dam in Ohio County on Wednesday.

KSP says Green was driving on a suspended license, had large bags of packaged marijuana and nearly $30,000 in cash.

Green was charged with Trafficking in Marijuana, 1st Offense; Possession of Drug Paraphernalia; Operating on a Suspended/Revoked Operators License; Reckless Driving and Speeding, according to State Police.

He was taken to the Ohio County Detention Center in Hartford.

People can call to confidentially report impaired drivers or any criminal activity.

The app is available for iPhone, iPad and Android applications and can be easily downloaded free of charge through Apple and Google Play stores. 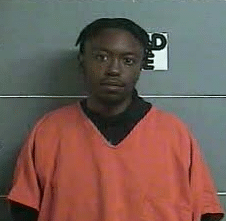