Tracking the threat of wintry weather this weekend

All forms of wintry precipitation possible on Sunday

All eyes are on the weekend as a potent winter storm is appearing more likely for much of the eastern US including right here in Kentucky. Before we get to that system, we do have a weak disturbance moving through the region for your Thursday. Not much is expected out of this system except for cloud cover and a slight rain chance with a few areas in eastern Kentucky turning over to a rain/snow mix this evening. Temperatures will remain near-to-above average today before falling back in to the 30s for your Friday.

A system will work its way through the Midwest late Friday into Saturday, this will give us a light snow shower chance of Saturday. But as this system dips further southward Saturday into Saturday evening it will begin to strengthen into a strong winter storm. This is also where the uncertainty around the future track begins. There are two different paths this system could take, both which would impact Kentucky in different ways. 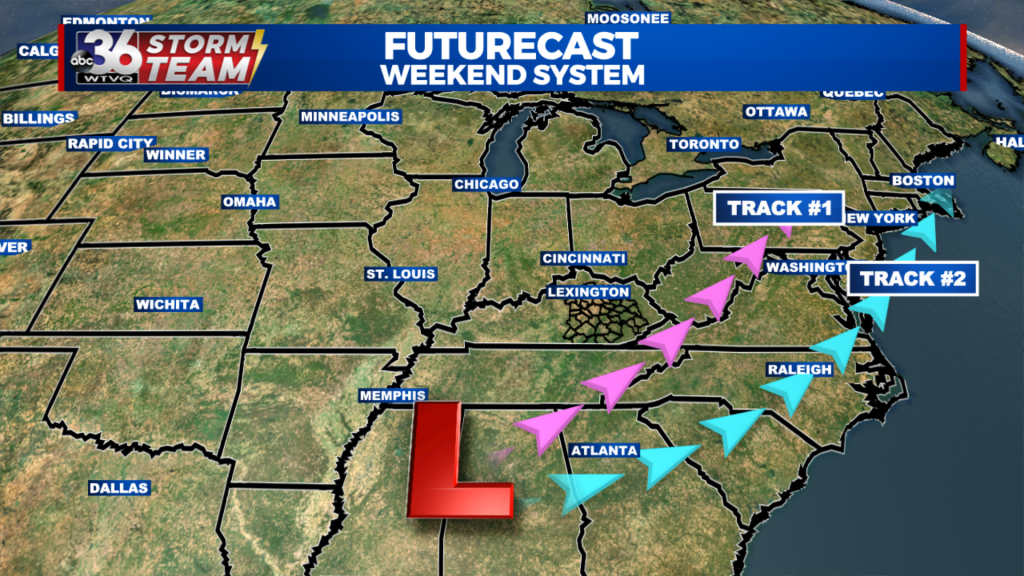 Track #1: The low pressure system takes a westerly track right along the Appalachian Mountains. Heavier is snow possible for central Kentucky and the Ohio Valley under this scenario. But this also means a rain/snow mix, freezing rain, and also sleet could be possible for much of eastern Kentucky. 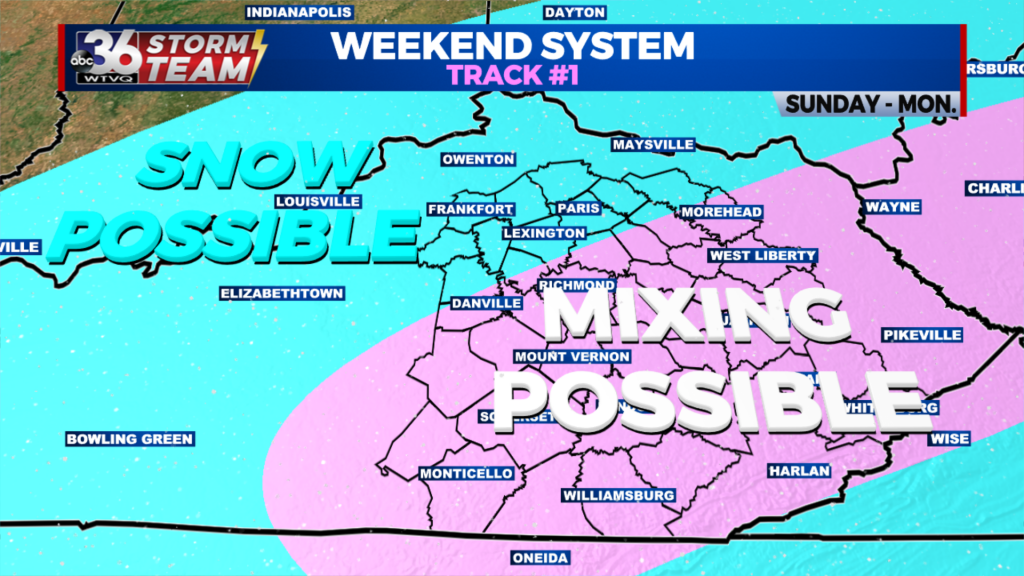 Track #2: The low pressure system takes a more easterly track. This means that the heaviest of the snow will stay to the east with less of a mixing threat here in Kentucky.But, this would also mean lighter snow for central Kentucky, while eastern Kentucky could see higher snowfall totals. 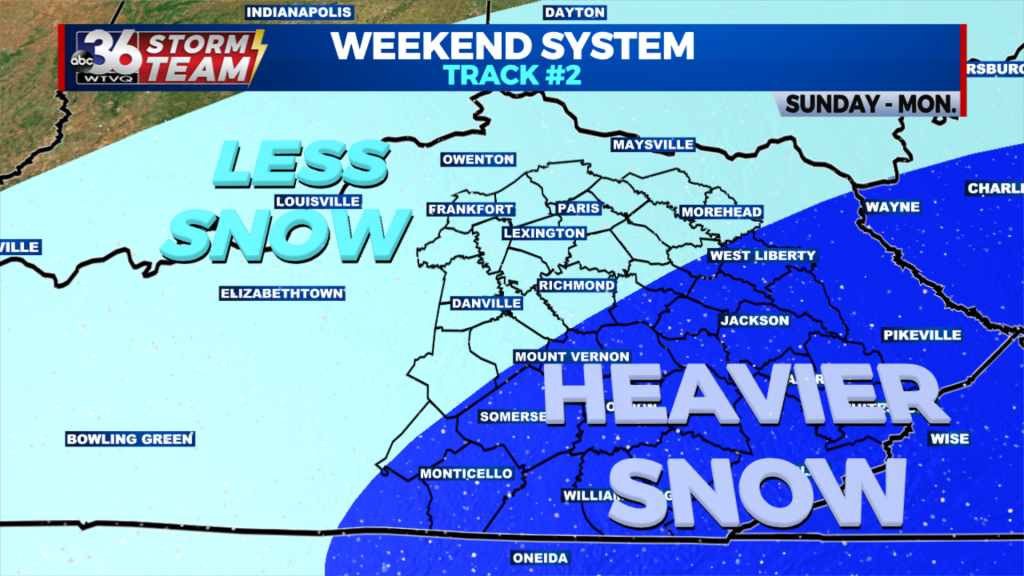 As we have mentioned all week, there are several uncertainties with this storm. The next 24-36 hours will be crucial in determining the impacts that we could see here in Kentucky. Stay with the ABC 36 Storm Team for more details.