LEXINGTON, Ky. (WTVQ) — Amid the pain, suffering and loss during this pandemic comes a somber anniversary with those same emotions for families who were changed forever ten years ago today in Lexington.

It was April 10, 2010 when Lexington Police Officer Bryan Durman answered a noise complaint on N Limestone. It would be his last call ever. He was killed by a hit-and-run driver shortly after stepping out of his car.

Here is his last call transcribed:
“This is the last call for unit 46-600. Officer Bryan Joseph Durman having entered the service December 10th, 2007.. out of service April 29th, 2010. Thank you, sir, for your service. Rest in peace. You will not be forgotten.”

Though Officer Durman’s last call was ten years ago, his legacy lives on.

This day is not easy for his widow.

“It’s not so much a day that you want to celebrate but it’s definitely a day that’s kind of seared into our memory and we know it’s coming whether we like it or not,” says Durman Toombs.

Officer Durman was killed in a hit-and-run accident. The driver, Glenn Doneghy, was convicted and sentenced to 20 years but because the law at the time said he could be eligible for parole after serving 20% of his sentence, he was released last year.

Brandy says it’s disappointing Bryan’s life wasn’t worth more time but they try not to dwell on it. She says she hopes and prays Doneghy doesn’t harm anyone else and sees this second chance as an opportunity to be a productive member of society.

“Bryan was such a happy joyful person. He really loved the city of Lexington and he really loved being a police officer and serving the citizens,” says Durman Toombs.

She shares with us a prank Bryan pulled on her when he had an officer he was with pull her over.

“He came up and shined his light and said ‘why didn’t you use your turning signal?’ and ‘are you under the influence?’ and of course I was flustered and then I heard Bryan laugh behind the car and he just thought it was so hilarious,” laughs Brandy.

These are the memories she clings to and shares with their teenage son, Brayden, who was four when his dad died.

“Often times photos on the news are of him as a police officer and he was so much more than that. He was also a dad and a great husband and a great brother, a family member,” says Brandy.

What Brandy takes away from the past decade, the family she gained through the police force and the courage to share her story to help others in the same shoes she wore – through no choice of her own – ten years ago.

“We have been given so much more than I could’ve ever thought. There’s so much to be thankful for even though we have been through so much over the years,” says Durman Toombs.

And she’ll forever remember the warmth the community made her fee all those years ago and still, to this day.

So, to honor her late husband, Brandy coordinated with the bakery so every current and former Lexington police officer could get two free donuts at the drive-thru Wednesday, courtesy of the Durman family and the Fraternal Order of Police Bluegrass Lodge #4.

People posted pictures with the #remember46600, in honor of their fallen brother. 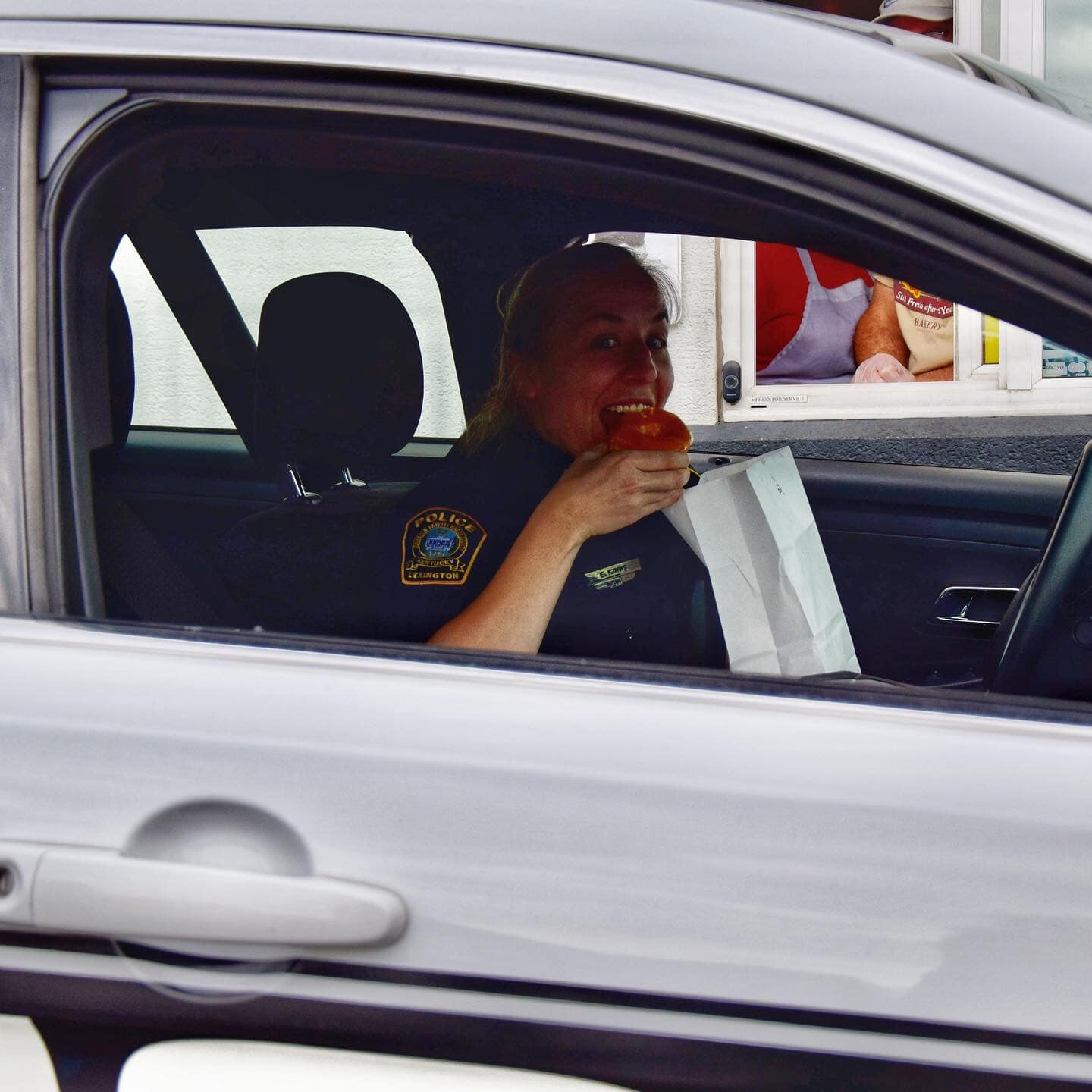 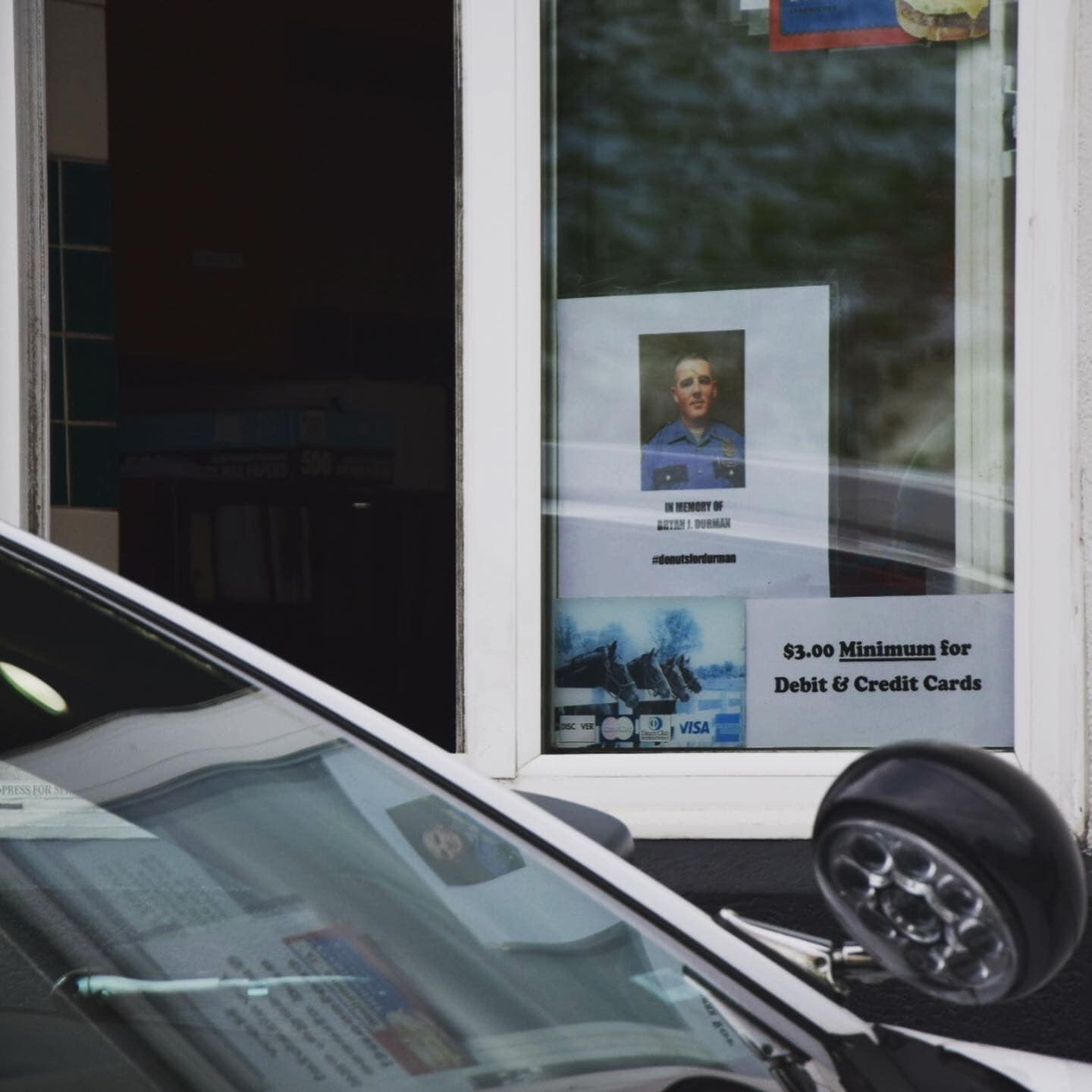 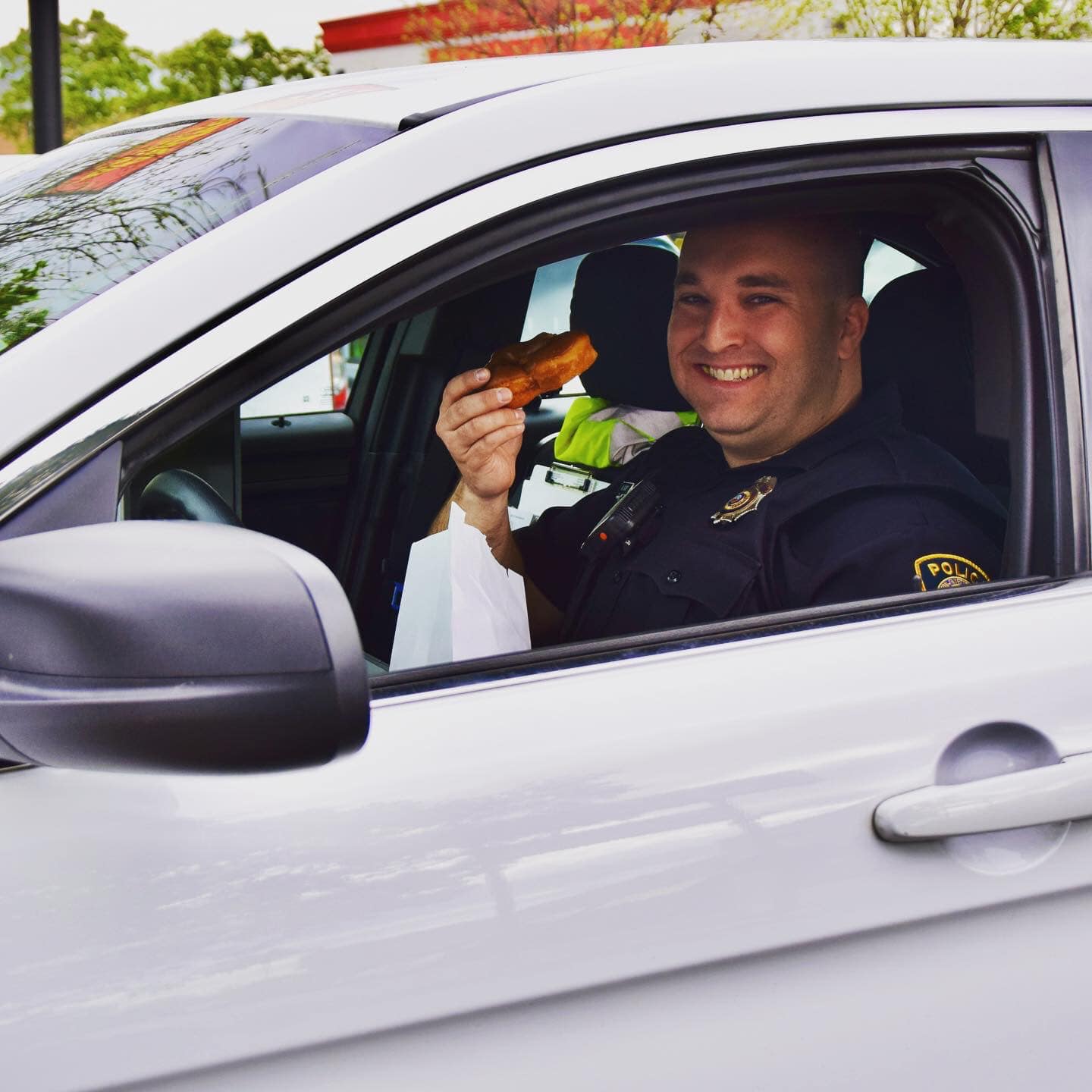