SOMERSET, Ky. (WTVQ) – The Somerset-Pulaski Economic Development Authority (SPEDA) and Team Modern came together to update Lake Cumberland Regional Airport’s terminal. This fresh look seeks to give visitors a good first impression of the community and enhance their experience. The project was commissioned by SPEDA and finished by Team Modern and Modern Signs & Graphics.

New signage throughout the airport’s $3 million passenger terminal welcomes visitors to The Capital of Lake Cumberland, highlighting photos of all of the activities and attractions they can expect to find such as golf courses, a bustling downtown, watersports on the lake, live music, classic cars, agritourism and a world-class waterpark. 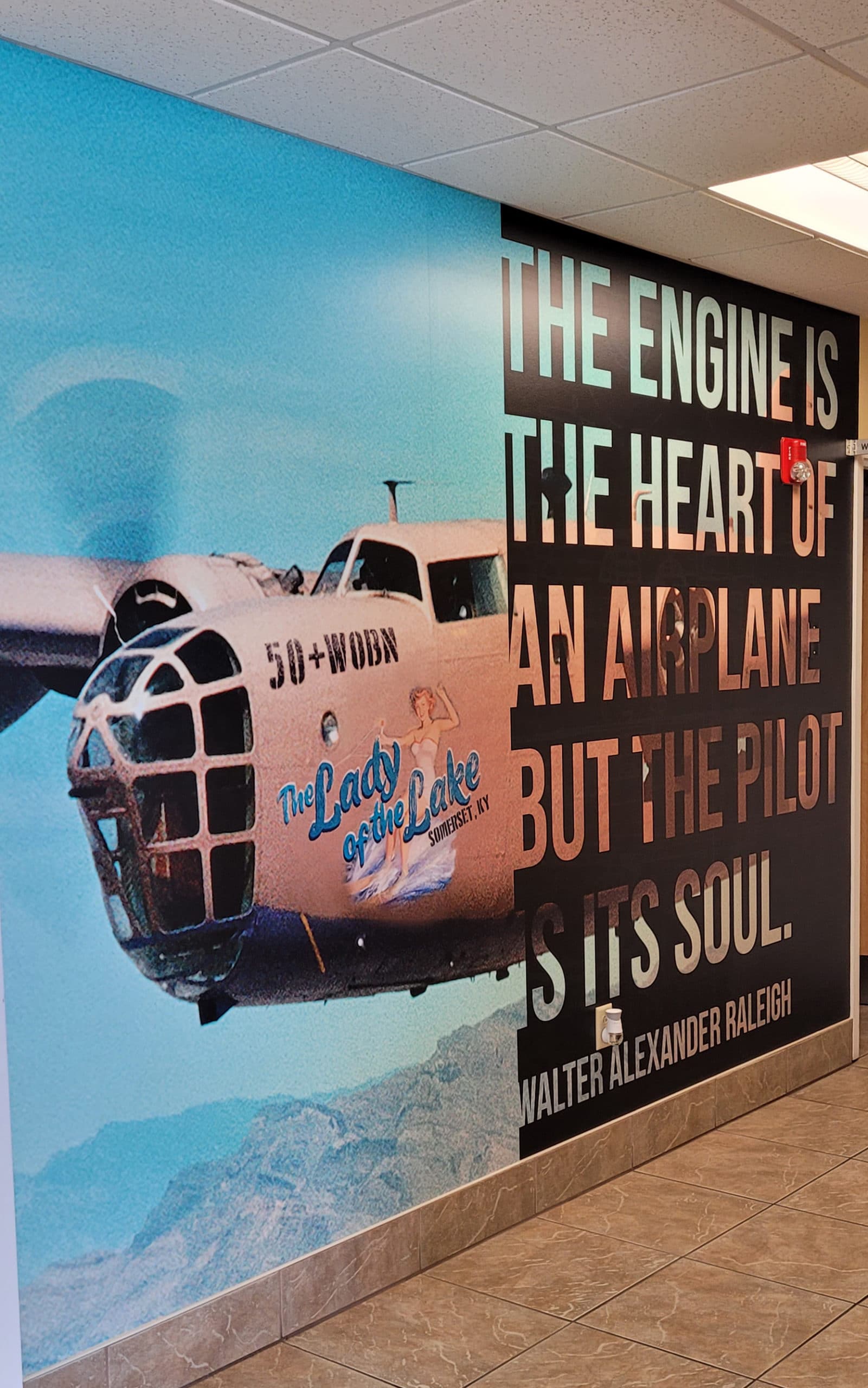 New graphics on the walls of the airport highlight an image of a World War II bomber plane, as a tribute to the late local businessman and aviation enthusiast W.O. Bill Newell.
Source: SPEDA

Along with these features, the signage also honors the area’s history and veterans. One example is a tribute to the late local businessman and aviation enthusiast W.O. Bill Newell. One wall has been dedicated to an image of a bomber he flew in World War II. The phrase “50+WOBN” on the side of the bomber represents the over 50 bombing missions he flew over Europe during the war. Additionally, the Newell family has donated his flight jackets, his Distinguished Flying Cross, his flight logbook, the personal Bible he took on every mission and many other pictures and items that will be on display.

Team Modern agreed to endorse the project’s cost when negotiating their recent purchase of 70 acres and a headquarters facility in Valley Oak Technology Complex. As part of the purchase agreement, SPEDA President and CEO Chris Girdler asked Team Modern to donate $10,000 to a community project. Together, they chose to improve the airport terminal. 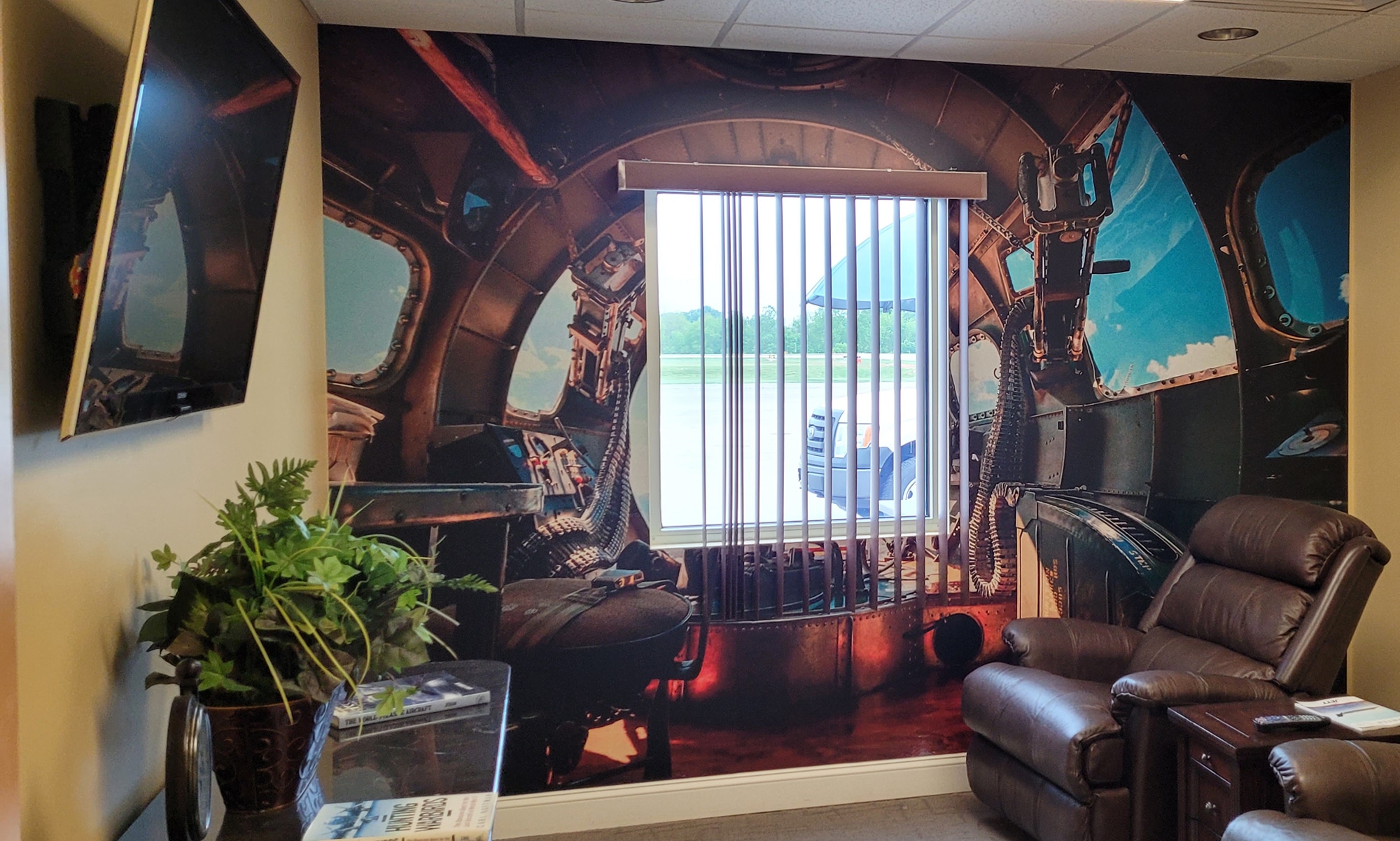 New graphics on the walls of the airport highlight the interior of a World War II bomber, as a tribute to the late local businessman and aviation enthusiast W.O. Bill Newell.
Source: SPEDA

“Aviation is such an important economic development tool,” Girdler said. “It enhances the quality of life for residents who travel, visitors seeking easy access to Lake Cumberland and many within the business community looking for air transportation accessibility. Through the efforts of Modern Signs & Graphics, we have improved the cosmetic look of our world-class terminal, which is the front door to our community for so many.” 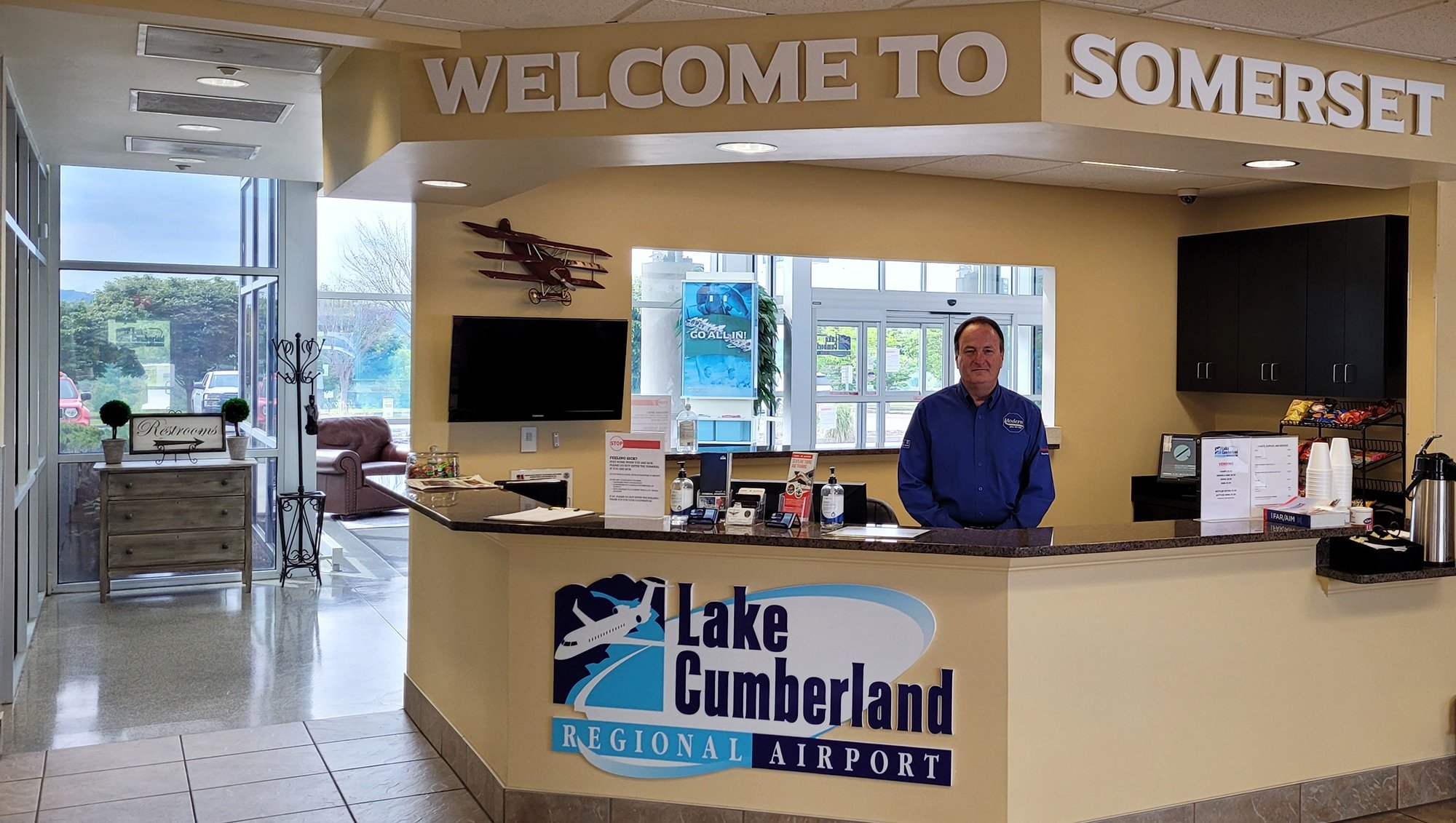 “I’m very thankful to Congressman Hal Rogers for his many years of hard work to build the first-class airport we have today and his continued effort to see that our community has every available tool to enhance our tourism and business sectors,” Girdler said. “We are excited for what the future may bring and will work diligently to bring commercial air service to our community for the benefit of residents and visitors.”

Michelle Allen, executive director of Lake Cumberland Tourism and the SPEDA board vice-chair, said having an airport exponentially increases opportunities for economic development and tourism in the community and is a wonderful asset.

“From a tourism standpoint, the convenience the Lake Cumberland Regional Airport provides makes our community more appealing to visitors,” Allen said. “That has been greatly enhanced by this beautification project and will be even more so with commercial air service. We want our community members to understand the impact this airport has on our economy. It is significant.”

Lake Cumberland Regional Airport Manager Kellie Baker said she is excited about the opportunities this project provides for making that great first impression with customers.

“Without the amazing generosity of Modern Signs and SPEDA the beautification project would not have not been possible,” Baker said. “We are so thankful to them for making first impressions more meaningful with an inside look at the variety of things our beautiful city and county have to offer.”

Brian Denney, President of Modern Signs & Graphics, has gone through Lake Cumberland Regional Airport multiple times, but had not visited the terminal until he began working on the project.

“I was blown away by its architecture and beauty,” Denney said. “Getting to help add a little local flare was such a privilege for Team Modern and Modern Signs & Graphics. The community should certainly be proud of this facility.”