FRANKFORT, Ky. (Press Release) – For the first time in 25 years, the Supreme Court of 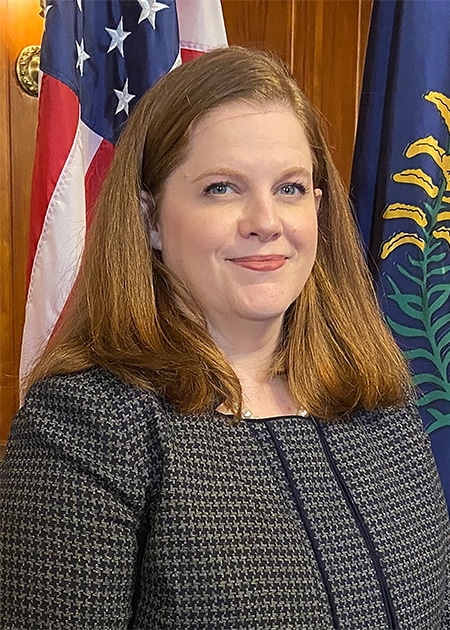 Kentucky has a new clerk. The Supreme Court justices appointed Stephens to the position permanently on April 21 after she was named interim clerk on Feb. 1, 2020.

The Supreme Court clerk is responsible for the custody, control and storage of all Supreme Court records. In addition to serving as clerk, Stephens is also the court administrator.

“Kelly has 18 years of unique experience with the Judicial Branch and we’re really pleased to bring her on as clerk of the Supreme Court,” Chief Justice of Kentucky John D. Minton Jr. said. “She has worked with judges and circuit clerks at every courthouse in the state and few people are more knowledgeable than Kelly about the inner workings of the trial courts. She also has a thorough understanding of the legislative process as it relates to the courts and the technological expertise to help make the Supreme Court more responsive to the people it serves. Her statewide perspective and in-depth grasp of court operations make her a valuable asset.”

Stephens has dedicated her career to the state court system, which has given her expertise in Kentucky’s trial and appellate courts.

As a new law school graduate, she started out as a staff attorney for the Family Court Division of Franklin Circuit Court before joining the Administrative Office of the Courts in 2003 as a Family Court liaison.

In that role, she helped promote the adoption of the constitutional amendment that created Family Court in 2002 and supported the implementation of new Family Court jurisdictions in Kentucky. In 2004, the Supreme Court honored Stephens with a Law Day Award for Contributions to Juvenile Courts.

In 2005, she moved to the AOC Office of General Counsel, where she was a staff attorney before being promoted to deputy general counsel. Stephens was named legal project manager in 2011 and became part of the team responsible for the groundbreaking project that led to electronic filing being offered in all 120 counties.

She helped develop the technical interface and practice rules for eFiling and spent countless hours traveling the state to train attorneys on the new system.

In 2017, she was named a manager in the Department of Court Services, where she provided support to Kentucky’s circuit court clerks.

In 2018, she became the AOC’s governmental affairs liaison and focused on monitoring legislation of interest to the courts, representing the Judicial Branch at legislative committee hearings and providing legislative updates for judges, circuit court clerks and attorneys.

She is a native of Knott County in Eastern Kentucky. She earned a bachelor’s degree in English from the University of Kentucky in 1999 and a juris doctor from the UK College of Law in 2002. The Kentucky Law Journal gave her its Outstanding Staff Achievement Award in 2002.

Stephens resides in Georgetown with her husband and two children.

“I am so humbled and grateful to be chosen to fill this role for the highest court in the commonwealth,” Stephens said. “There is no greater honor than to serve and I look forward to dedicating my energy to supporting this distinguished body.”