Strong-to-severe storms on the way Wednesday 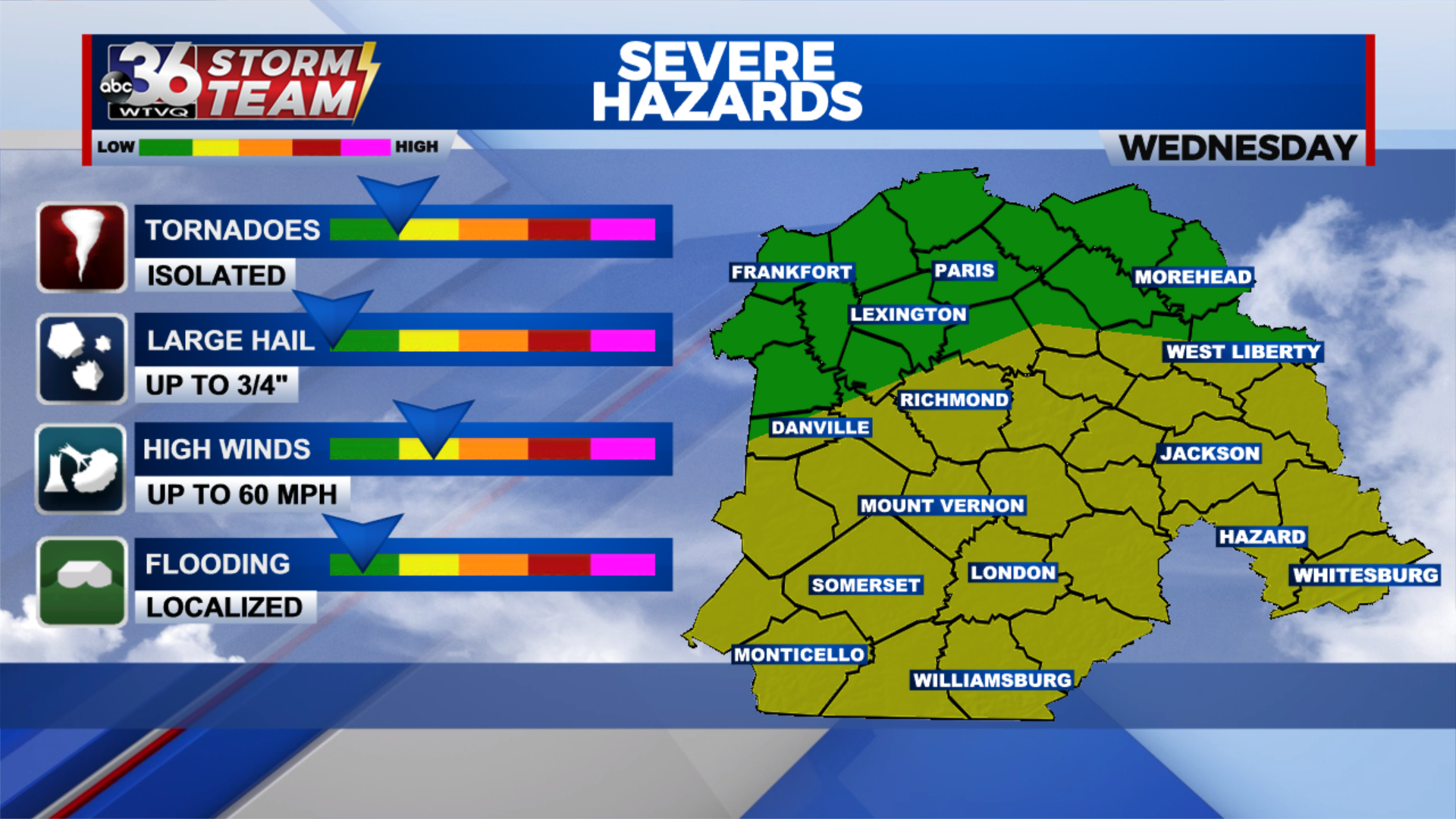 We are tracking the threat of strong-to-severe thunderstorms during the afternoon and early evening Wednesday. Southeastern Kentucky remains in Level 2 Severe Risk. While the northern half of our viewing area is under a Level 1 Severe Risk. Our main threat will be damaging wind gusts but a quick spin-up tornado cannot be ruled out in southeast Kentucky. The greatest threat for severe weather will be during the afternoon and early evening, but we could see some strong showers and a few storms during the late morning hours in areas west of I-75. 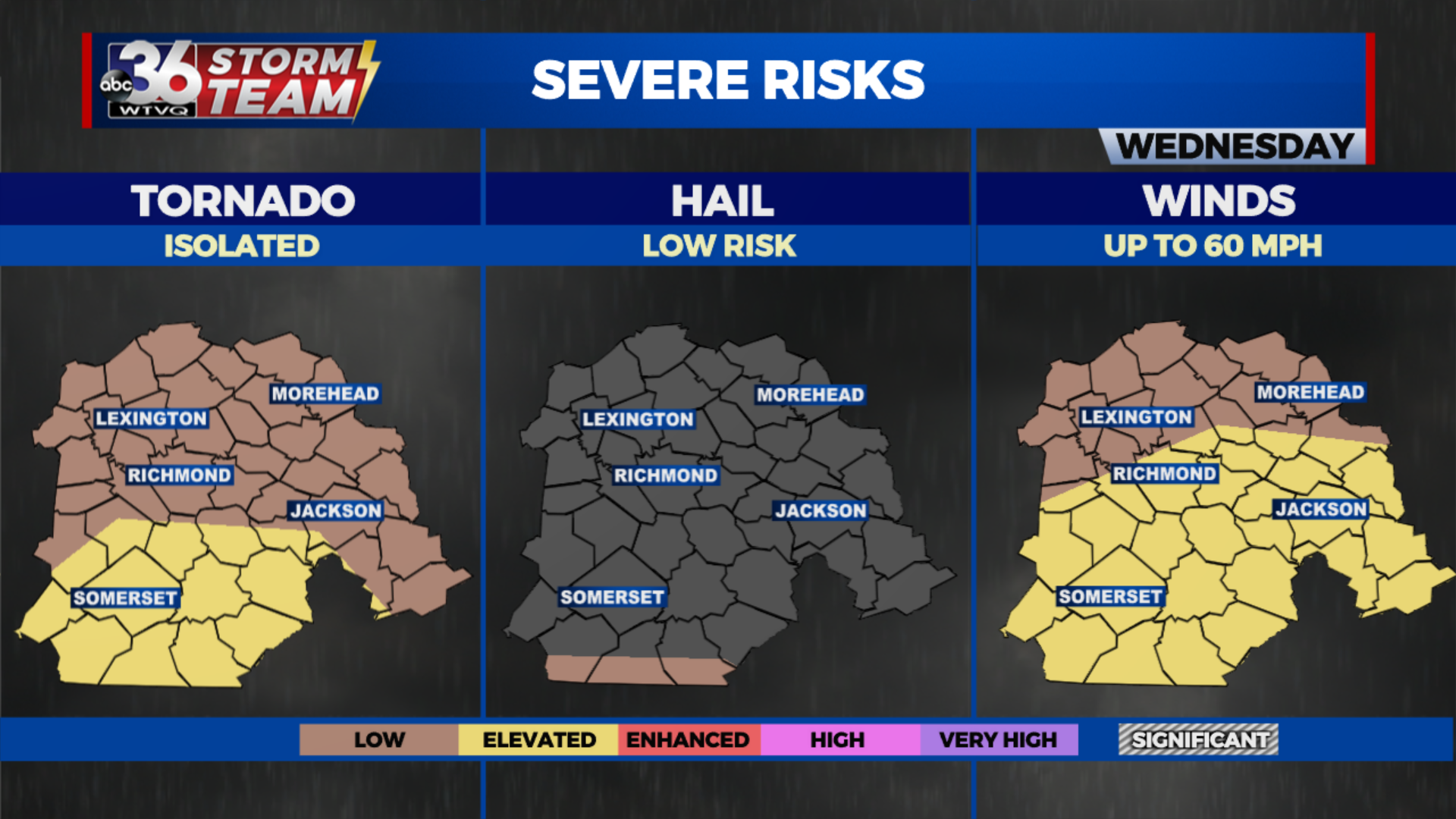 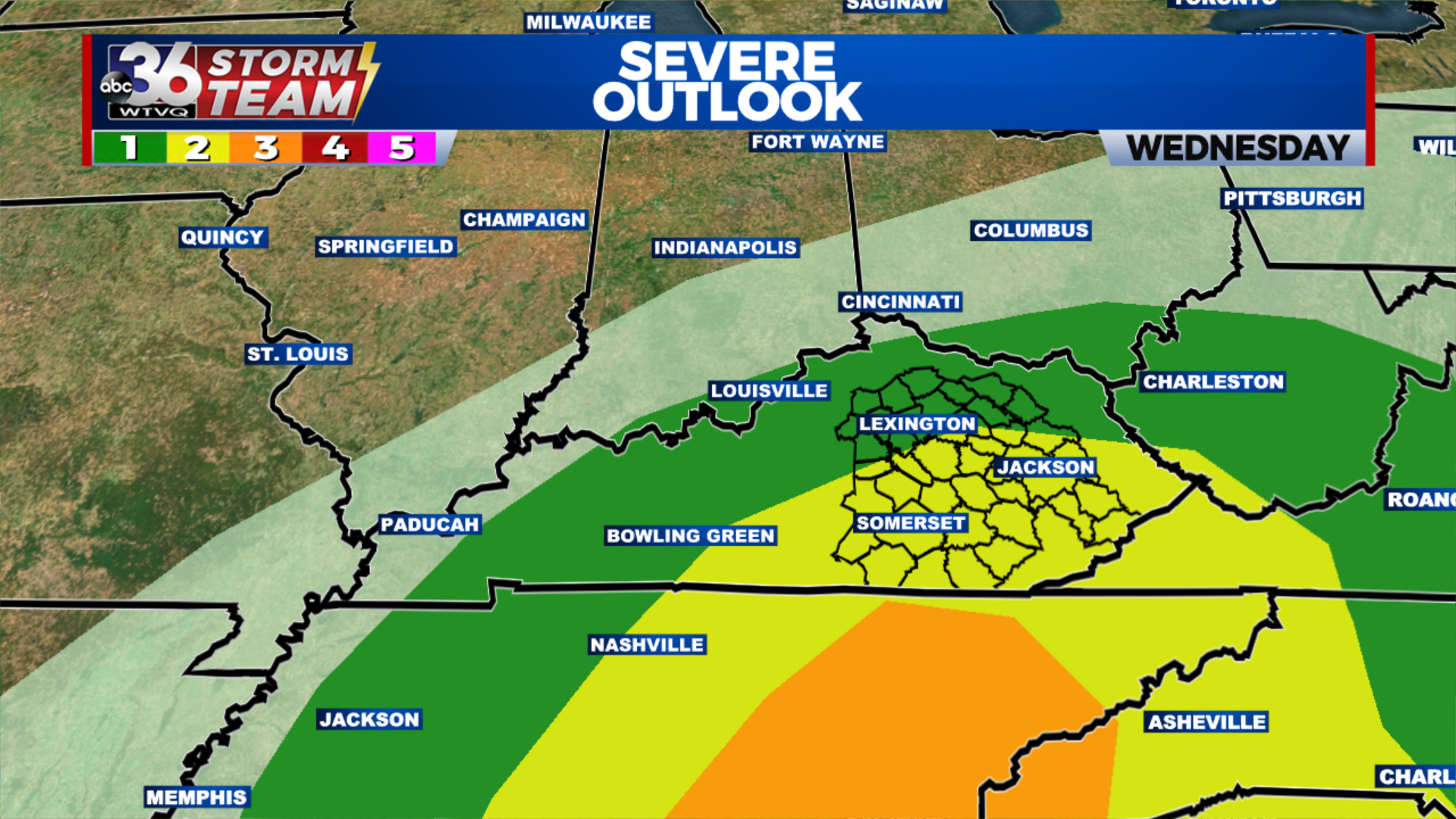 Showers move eastward this evening and will be mostly out of our viewing area before midnight. Overnight skies will be clearing and temperatures will drop in to the upper 30s and low 40s. Breezy winds are expected as the front passes as well. Westerly winds of 5-15 mph will be possible, with wind gusts as high as 25-35 mph.

EXTENDED FORECAST
Cold temperatures and rain/snow showers remain in the forecast for Friday into Saturday. Temperatures will struggle to reach the low-to-mid 40s. The best chance of a few snow showers mixing in will be early Friday morning and then once again throughout the day on Saturday.