CORBIN, Ky. (WTVQ) – A London man and convicted felon faces multiple charges after authorities find a variety of guns in his posession.

According to a post on the Corbin Police Department’s Facebook page, Ptl. Robbie Hodge received information on Monday, July 26, of stolen weapons that would be in the Corbin Area. Ptl. Hodge, Sgt. S. Meadors, Cpl. K. Proffitt and ATF’s Sgt. Glenn Taylor found the vehicle in question and conducted a traffic stop.

Officers arrested Daniel J. Morgan for an outstanding warrant. When searching the vehicle, they found a loaded .22 pistol underneath Morgan’s seat as well as 5 more guns in the car’s trunk. 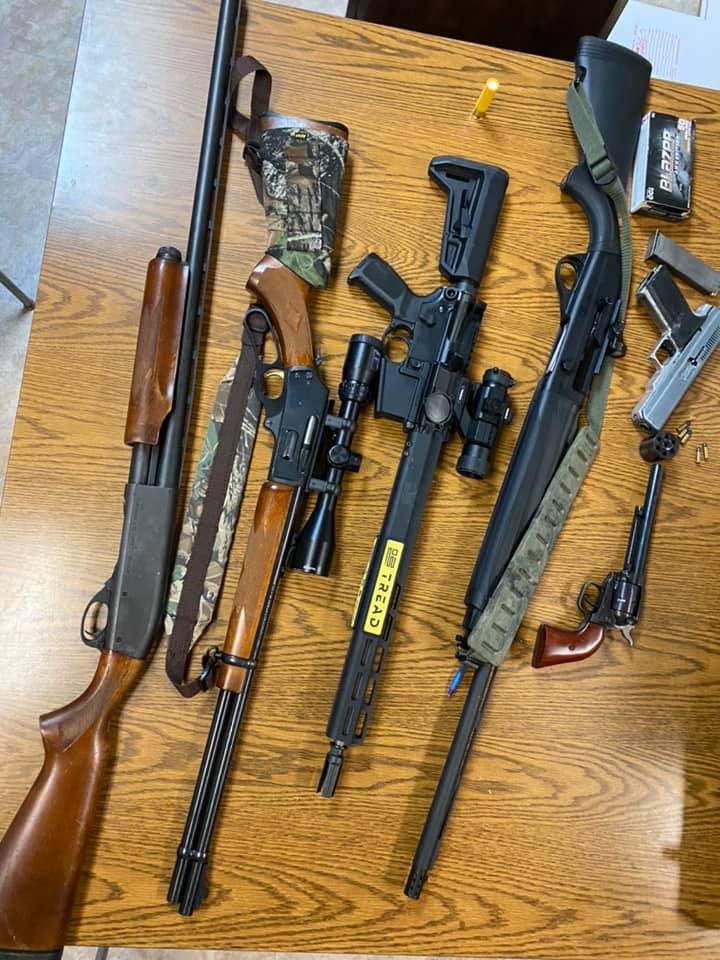 Four of the weapons were positively identified by the rightful owner. The theft victim reported the guns were stolen from his Keavy residence the same day.