The State says 110 homes, 13 businesses, two churches, a school and a hospital could be impacted by flooding

UPDATED (7/29/22) – Gov. Andy Beshear says part of Jackson has been evacuated after concerns about the Panbowl Dam breaching. 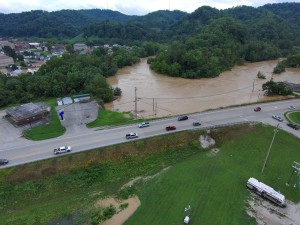 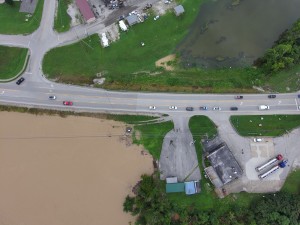 BREATHITT COUNTY, Ky. (WTVQ) – State officials Thursday evening, out of an abundance of caution, recommended that homes and businesses in the floodplain of Panbowl Lake in Jackson be evacuated, this after devastating flooding from heavy rain in Eastern Kentucky.

According to the Energy and Environment Cabinet’s Division of Water, a muddy discharge observed at the Panbowl Lake dam combined with rising waters of the North Fork of the Kentucky River from the recent heavy rains, promoted the recommendation.  According to the State, records indicate there are approximately 110 homes, 13 businesses, two churches, a school and a hospital that could be impacted by the flooding.

“The most appropriate action we can take right now is to do everything we can to keep residents safe,” Cabinet Secretary Rebecca Goodman said.

In addition, KY 15, the major north-south thoroughfare linking the upper Kentucky River valley with the rest of the state, was closed at 9:30 Thursday night as floodwaters from the North Fork of the Kentucky River continue to rise.

The closure is at mile point 17.7 within the city limits of Jackson, between Lakeside Drive and the KY 15/KY 30 intersection. The highway traverses Panbowl Dam; which was impounded when this section of KY 15 was built in the early 1960s.

In the meantime, any traffic from central Kentucky bound for Hazard should use alternate routes such as I-75 and the Hal Rogers Parkway through London and Manchester, or the Mountain Parkway, KY 114, US 23, and KY 80 through Prestonsburg.