FRANKFORT, Ky. (Feb. 1, 2019) – The Kentucky Office of Highway Safety (KOHS) has released new numbers on highway deaths in the state.

According to KOHS, for the second year in a row, the number of highway deaths has decreased.

The statistics are considered preliminary until all highway crash data is collected. A final report will be released in April.

So far in 2019, preliminary numbers indicate there have been 44 roadway deaths. 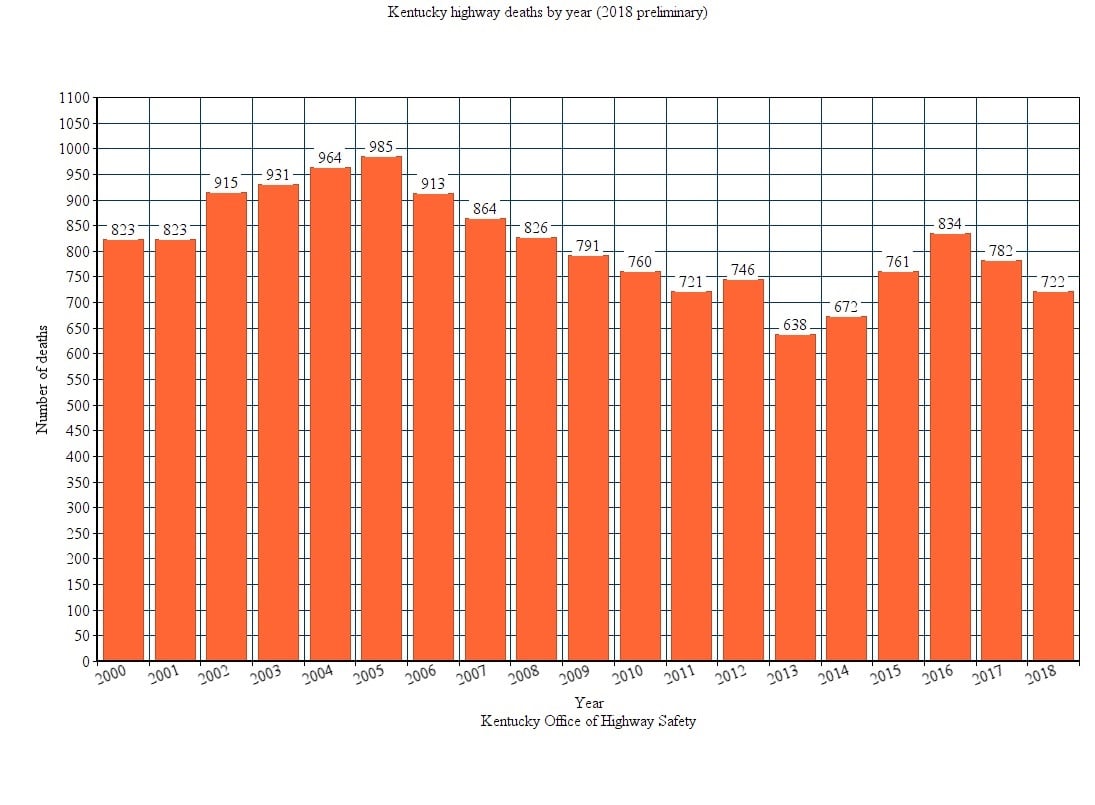