In accordance with the health mandate from the commonwealth of Kentucky, all visitors will be required to wear face coverings and exhibit proper social distancing practices. Friends and family may leave condolences on his tribute page at www.ramsey-young.com or www.friendfuneralhomes.com. 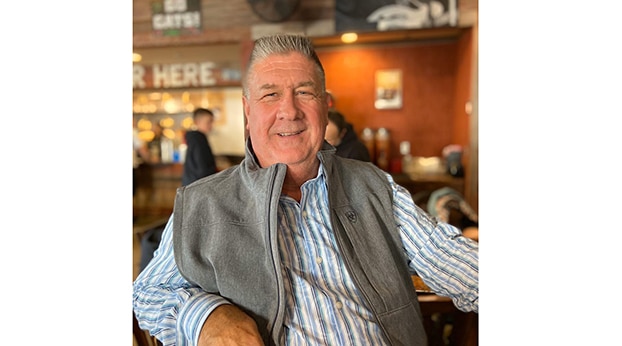 an accident Tuesday while mowing for the city, was escorted from an autopsy in Frankfort back to the city he loved Wednesday by city, county and state first responders.

The motorcade arrived back in the city before noon and hundreds of residents lined the streets to pay their respects as the body was taken to Fox and Friend Funeral Home, which is in charge of arrangements.

STANFORD, Ky. (WTVQ) – Stanford Mayor Scottie Ernst was killed Tuesday while mowing city property, according to a report in The Interior Journal.

The report says Ernst was mowing grass with a zero radius mower along Martin Luther King Boulevard around 1:30 p.m.  The report says the mower got on the edge of a creek bank with tall weeds, Ernst got off the edge and the mower rolled over on top of him and he was asphyxiated.

An autopsy is scheduled on Wednesday, according to the newspaper.

The Lincoln County native was first elected mayor in 2018 after serving 14-years as a Stanford City Council Member, according to the city.

Condolences from people in the community poured-in on Facebook.  Lisa Richardson Oakley wrote, “Our love and prayers go out to his dear family and friends. Anyone that knew him knew he was such a good and kind person. This is a huge loss in more ways than one…. I’m so sorry “

The City of Stanford released a statement:

It is with deeply heavy hearts that we, the City of Stanford, Kentucky announce the passing of our Beloved Mayor Scottie Ernst.  Mayor Ernst was elected in 2018 after serving 14 years as a Stanford City Council Member.  City council, employees, departments and boards are overwhelmed with grief and shock.  Our thoughts and prayers are with his family as we mourn this tragic loss.  We will never forget what you did for this City, and how you made others feel.  You were a true example of servant leadership and your love for this City was contagious.  There were still so many amazing plans and dreams that you had for Stanford.  We were not ready to say goodbye, but God had a different plan.  We will do our best to honor your memory and follow in the path you have charted for us.  You will be profoundly missed and forever remembered.  Rest in Peach Mayor Ernst.