State police say they were looking for Terry Hammonds, a man wanted for conspiracy to commit murder.

KSP responded to Happy Top Road, just before 2 p.m., where they saw someone matching Hammonds’ description.

Troopers tried to make contact with him. That’s when they say Hammonds fired shots at them and troopers fired back.

According to KSP, no troopers were injured, but it is unknown whether or not Hammonds was hit.

Terry Hammonds is one of two suspects wanted for a double murder last December.

40-year old Bobby L. Hammonds, of McKee, was arrested last Friday and charged with two counts of murder, according to State Police.

Investigators say both men are suspects in the deaths of 35-year old Joey Marcum, of McKee, and 28-year old Whitney Venable, also of McKee.  They were found dead in a burning vehicle on Rock Lick Road in December of last year.

Bobby Hammonds pleaded not guilty to all charges at his initial court appearance Monday, according to KSP.

The search for Terry Hammonds continues.

KSP is asking those who live in the area to be vigilant and call them if they see Hammonds. 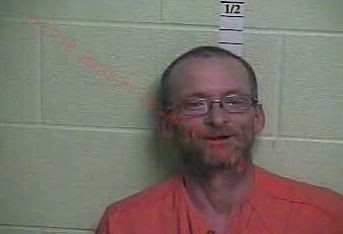