According to the Sheriff, deputies arrested 37-year-old Sammy Neace around 2:30 a.m. Wednesday on Highway 687 in Clay County.

A deputy received an anonymous tip Neace was asleep in a home there.

Neace is accused of taking a Mazda car from a woman in Jackson County. Deputies say they found that car, which had spray paint on it, in the driveway of the home Neace was sleeping in.

According to the Sheriff, the deputy used the car’s VIN number to confirm it was the car that had been stolen from Jackson County. 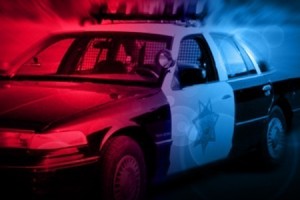