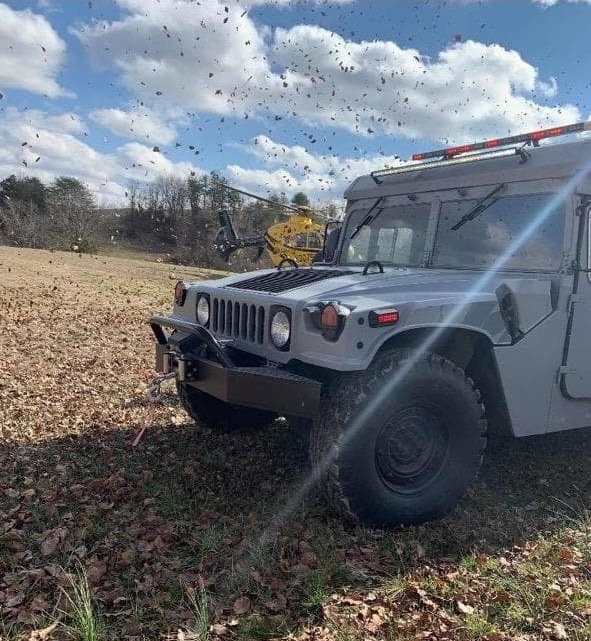 At about 2 a.m. Tuesday, Oct. 20, someone stole a grey 1999 military ambulance Humvee equipped with emergency lights, siren, off-road lights, and a mobile radio owned by the

London-Laurel County Rescue Squad.
It was taken from Main Street in London where it was parked in front of the Rescue Squad as an advertisement for the agency’s Haunted House.
It has a Rescue Squad logo printed on the side.
Investigators have determined the vehicle was driven to Economy Inn on North Main Street 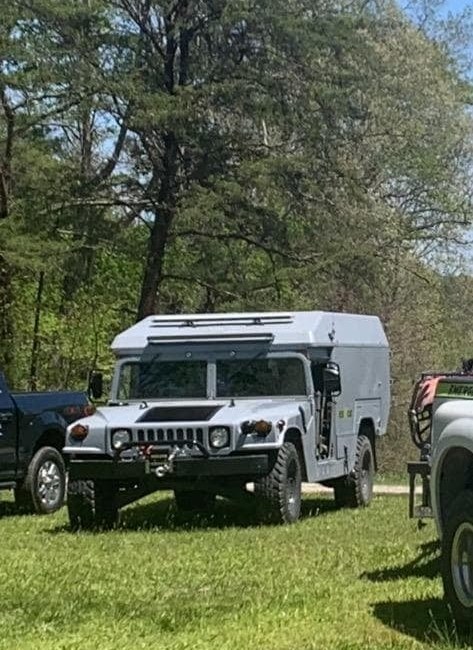 and driven by a man wearing dark clothing. Police are seeking information about the location of the vehicle that may be in the Rockcastle County area.
The Humvee was last seen traveling on North U.S. 25 at a high rate of speed.
Anyone with information is requested to contact Dispatch at (606) 878-7000 or call London Police at (606) 878-7004.
Officers assisting on-scene include Sgt. Travis Couch, Ofc. Drew Jackson, and investigating Ofc. Dillon Blair. Also assisting include Kentucky State Police and the Laurel County Sheriff’s Office.
Categories: Featured, Local News, News
Tags: Ambulance, Humvee, London Laurel Rescue Squad, London Police, Stolen