Skies the limit for aviation camps in Kentucky

LEXINGTON, Ky. (WTVQ) – To borrow from a distinctly American lunar event in July 1969, some small steps with potential to become giant leaps were made in the Commonwealth this summer.

It happened at Aviation Summer Camp, conducted by the Aviation Museum of Kentucky at Blue Grass Airport in Lexington.

Three sessions of Aviation Summer Camp were held in 2021 in Lexington, Bowling Green, and Louisville.  While Kentucky schools faced enrollment challenges due to pandemic matters, the camps were full up.  Only Lexington missed 100% of student capacity, hitting a respectable 97% with 175 campers participating.

Camp organizers say perhaps most impressive is the demographic composition.  The diversity of our country was reflected in Aviation Summer Camp.  Organizers say minority campers (African American, Hispanic, and Asian) numbered 24%.  Female enrollment was 19% of the Lexington sessions.  Some campers made a serious travel commitment to attend.  Eight states and two countries (Ireland and Australia) are called home by several out-of-town attendees who made it to Blue Grass Airport.

The emphasis placed upon education in the summer months at Aviation Summer Camp continues with STEM-supplemented versions held during the school year.  Several Lexington-area middle and elementary schools have enjoyed these Saturday gatherings.  Funding from NASA-Kentucky grants make the classes possible.

Adding the campers from 2021 with those who have attended since 1996, the cumulative enrollment of Aviation Summer Camp now exceeds 7,100 young people.  Event organizers say if those who attended camp in previous years are any indication, the 2021 campers will join them to become the much-needed pilots, aeronautical engineers and aviation professionals Kentucky and our nation requires.  A summertime effort for young people based in central Kentucky makes this possible.

To learn more about the Aviation Museum of Kentucky, click here. 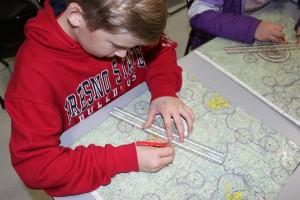