SOMETSET, Ky. (WTVQ) – A Somerset garbage truck driver got stuck in a sinkhole while trying to leave a parking lot.

According to Somerset police, they responded to Cundiff Center parking lot around 9 a.m. Monday.

Officer Scott Whitaker determined the driver was attempting to exit the parking lot when the roadway beneath the vehicle gave way. The truck dropped several feet into a sinkhole.

Officials say that a cave runs underneath the road and that the cave was full of water it pushed water out and eroded the soul, causing the road to sink.

They are going back and putting shot rock in the bottom and start layering different size of rocks.

City officials say they will put in drain line for water to run out into another drainage system.

Crews are working to fix this: Sewer and sanitation, Somerset street department, and waste water. 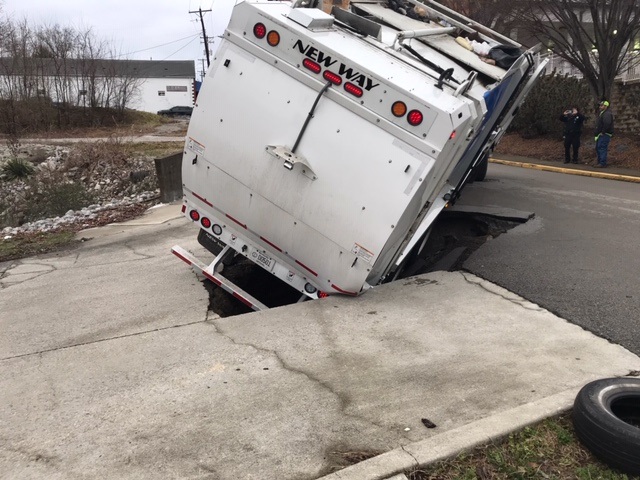 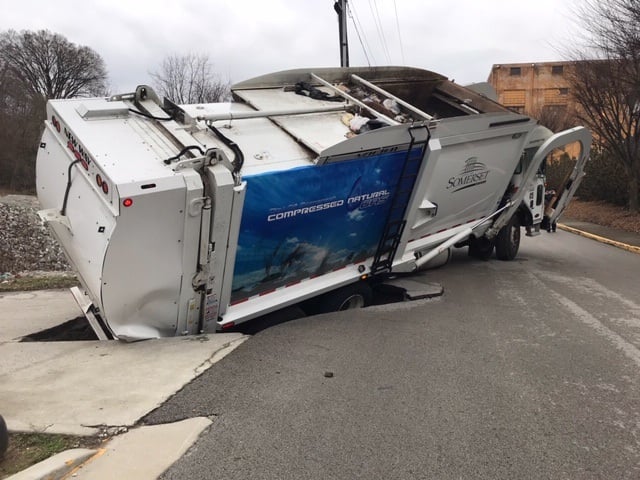