ASHLAND, Ky. (WTVQ) – Drivers were greeted with a potentially dangerous surprise in a downtown Ashland intersection on Thursday, a sinkhole.

The hole opened-up in the middle of the intersection of Greenup Avenue and 17th Street.

The intersection was temporarily closed.  Traffic was detoured using Winchester Avenue through the downtown via 18th Street and 16th Street, according to city officials. 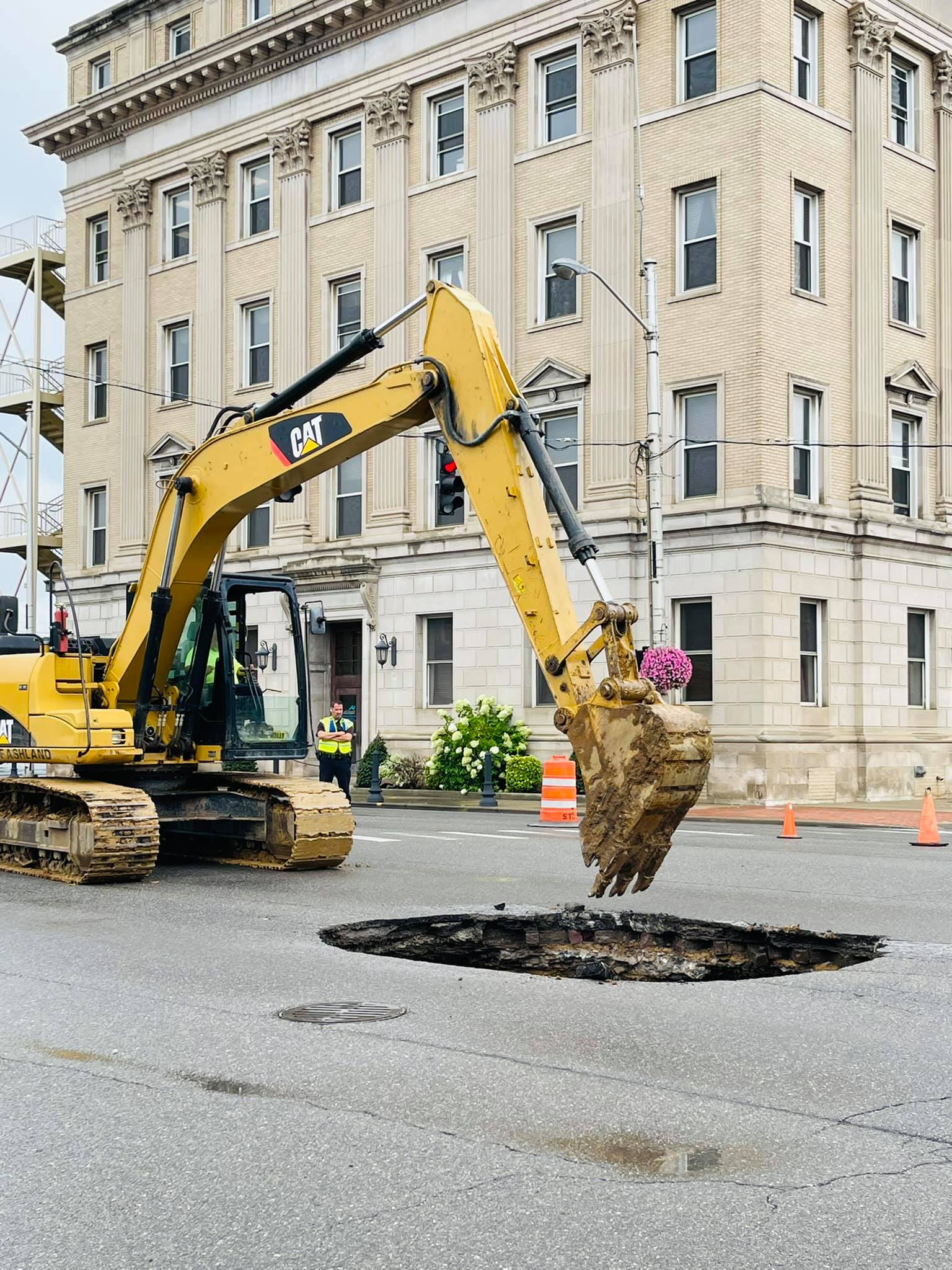