ROWAN COUNTY, Ky. (WTVQ) – Two 23-year-old men have been charged with murder and 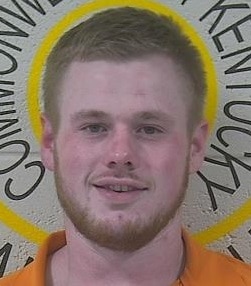 robbery in connection with a deadly shootout early Thursday morning in Rowan County.

Details of their role in the home-invasion incident have not been released, but they apparently were among people who entered a home on Dawson Way and got involved in an exchange of gun fire that left one person, a man they entered the house with according to troopers, dead.

MOREHEAD, Ky. (WTVQ) – A shoot out during a home invasion leaves on person dead early Thursday morning in Rowan.

According to the Kentucky State Police, 27-year-old Cody Elliott, of Hillsboro, was pronounced dead at Saint Claire Regional Medical Center by Coroner John Northcutt following the incident which was reported to troopers at about 1:15 a.m. by the Rowan County Sheriff’s Department.

Detectives determined Elliot and another man entered a residence on Dawson Way. Once inside, shots were exchanged and as a result, Elliott and 21-year-old Donavan Kilburn, who lived at the home, were injured, the KSP said.

Elliott was transported to Saint Claire Regional Medical Center and Kilburn was taken to the University of Kentucky Medical Center.

The unknown man who was with Elliott fled from the residence in an unknown direction.

This incident remains under investigation by Kentucky State Police.