LEXINGTON, Ky. (WTVQ)- Several Kentucky school districts have sent notes home to parents this week about a threat made against schools in the state.

The districts say the threat, planned for Wednesday, was made online towards unspecified Kentucky schools.

The FBI says it is aware of the threat, and another made against schools in Arkansas, but there is no evidence proving the threats are credible.

FBI Louisville is aware of an unspecified internet threat against schools in Kentucky (08/28) and Arkansas (08/29). There is no evidence indicating this threat is credible. However, if you see something suspicious online or in person, contact local law enforcement or the FBI.

Montgomery County Schools, one of the districts that sent parents a letter says the Kentucky Office of Homeland Security reports someone read the threat in a gaming chat room. 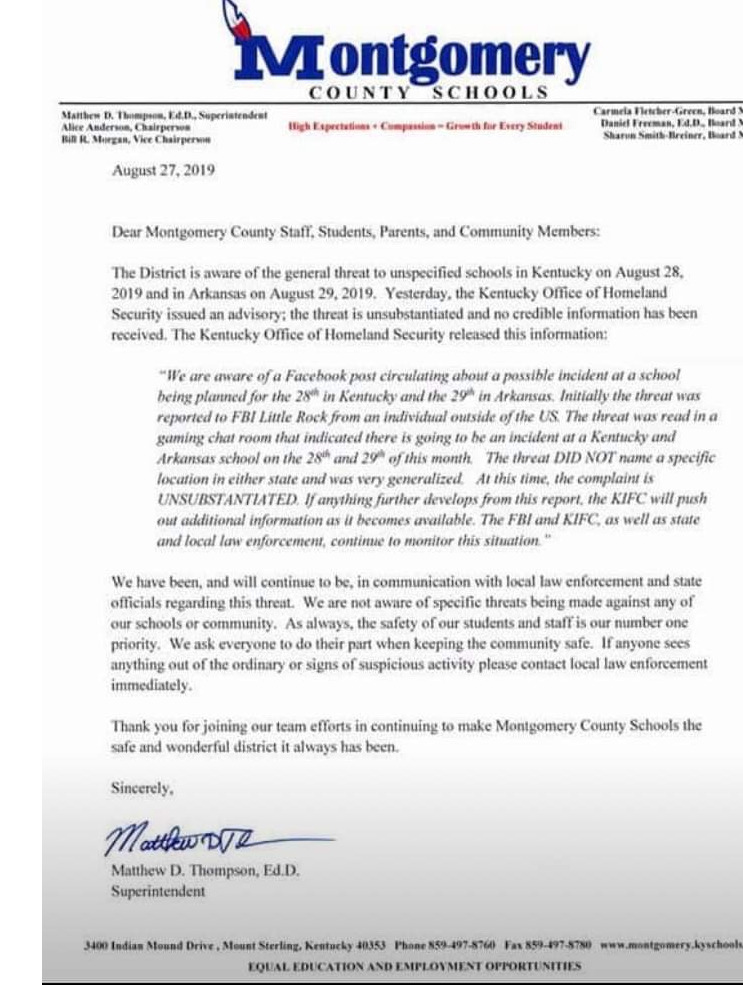 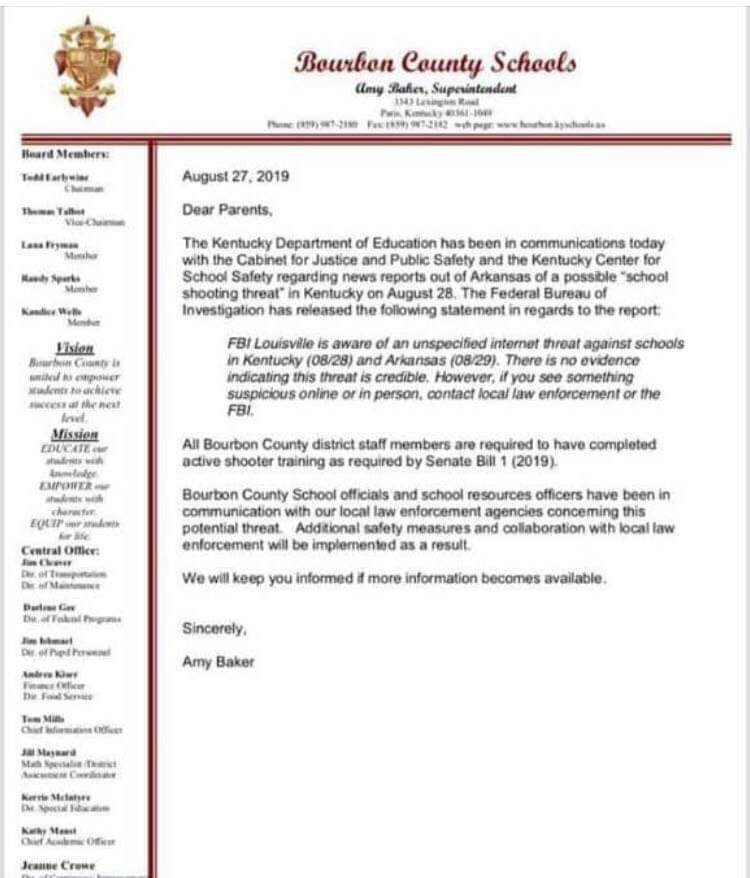 Lawsuit claims broodmare sold at Keeneland is actually a male

Kentucky claws past Auburn Tigers, advances to 2nd round in SEC Tournament