UPDATE: Arrests made in church vandalism case in Powell County

POWELL COUNTY, Ky. (WTVQ) – A tip led to the arrest of one man and four juveniles in connection to a church vandalism case in rural Powell County.

Sheriff Danny Rogers says 20-year-old Dakota Baker was arrested Friday and that four juveniles were also involved.  The juveniles names weren’t released because they are minors.

The South Fork Church of God was found with extensive damage, including a picture of Jesus which had been stabbed several times in the face. Sheriff Rogers called the vandalism “pure evil.”

He was taken to the Powell County Detention Center.

“You know, everybody is entitled to their own religion but that’s just senseless, I don’t know why anybody would do that I mean it just seemed like pure evil” said Powell County Sheriff, Danny Rogers.

The South Fork Church of God in Powell County was hit this week with an extensive amount of vandalism.

“It’s real sad they busted just about every window in and out, they busted out holes in the wall that I could fit through. I mean turned up all the pews, damaged the piano just absolutely ransacked that place. They tore pages out of the bibles and set some of them on fire.”

But, what really made him uneasy was a picture of Jesus…that had been stabbed in the face multiple times.

“I’ve been doing this 28 years and I’ve seen a lot, a lot of everything, but that was just a weird feeling, like I wasn’t alone in that church, it was a very funny feeling.”

Sheriff Rogers says investigators don’t have any leads on a suspect right now.

But he says it’s a tragedy that will go punished once they find out who it was.

“It was a really sad moment for me in my life as a police officer going into that church and seeing that.”

If you know anything about what happened…please call the Powell County Sheriff’s Department. Numbers to call can be found below in the original story.

A Powell County church was extremely vandalized this week and the Sheriff's Department is looking for answers. @ABC36News

“Everybody is entitled to their own religion but that’s just senseless, I don’t know why anybody would do that I mean it just seemed like pure evil” pic.twitter.com/p3EB1vIkeU 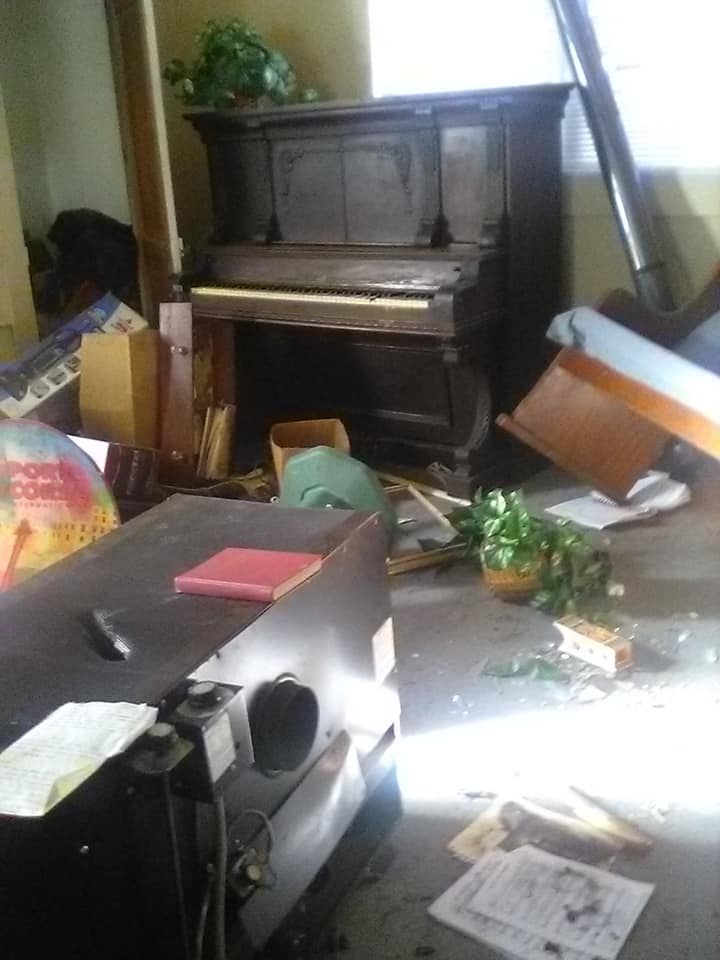 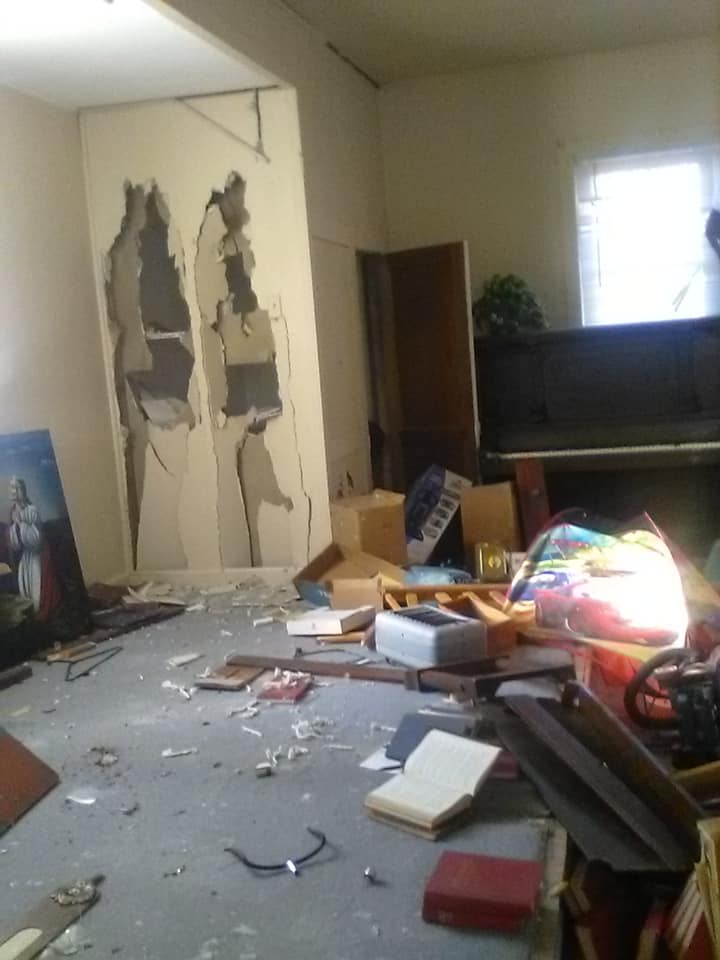 vandalism at the South Fork Church of God west of Slade.

“This was very devastating to walk into this church and look around at all the damage,” the sheriff’s department said in a Facebook post, calling it a “senseless crime.” 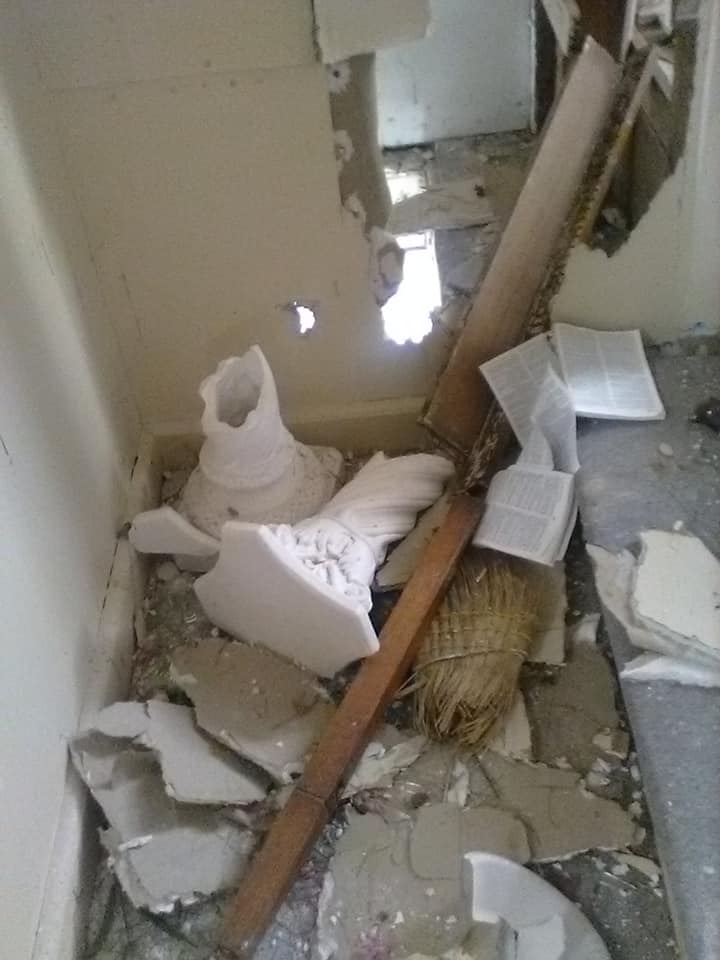 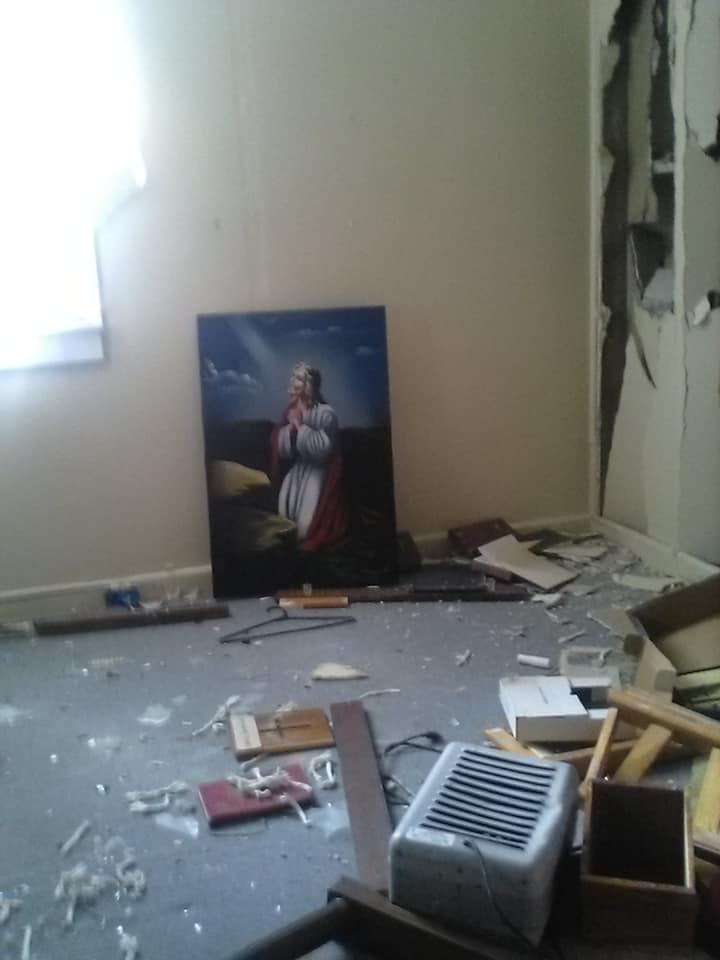 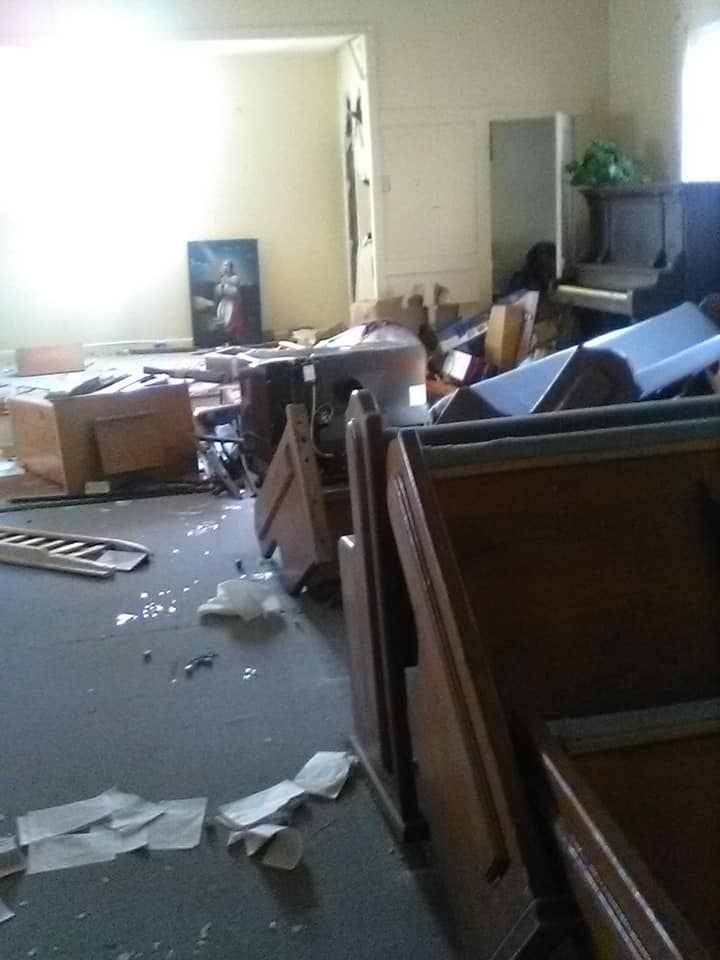