Search on for armed robber in Johnson County

WITTENSVILLE, Ky. (WTVQ) – Kentucky State Police are looking for a man they say robbed a Dollar General store at gunpoint on Monday night in the Wittensville community of Johnson County.

Investigators say the robber walked into the store shortly after 8:00 p.m., pulled a gun, demanded money from a cashier, got it and left in a dark-colored SUV.

The suspect is 6’0″ with a slender build and was wearing a gray hoodie, camouflage baseball cap, jeans and a blue medical mask, according to State Police.

Investigators are asking for the public’s help identifying the suspect.

Trooper Dustin Thompson is leading the investigation from the Pikeville Post. 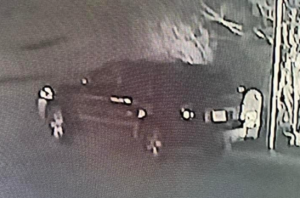