No one was injured in the pumper truck crash, but the truck is believed to be a total loss

ELLIOTT COUNTY, Ky. (WTVQ) – Things went from bad to worse for Sandy Hook Fire and Rescue when the operation lost its second pumper truck, this time in an accident on the way to a call.

The Elliott County Gazette reports the truck was on its way to a fire call on Oct. 21, 2021, when the shoulder of the road gave way under the weight of the truck, which ended up on its side in a ditch.

The report says the truck was believed to be a total loss.  Fortunately, no one was hurt, according to the report.  The report says the house that caught fire was unoccupied at the time and the structure sustained minimal damage.

The pumper truck crash added insult to injury.  The operation was already down a pumper truck due to engine failure.

The fire chief told the newspaper there isn’t any money to purchase a new truck, which can cost in the $300,000 range.

The chief told the paper buying a used truck is always a gamble because you never know what you’re going to get.

He also pointed out in the report that the department is already restricted by the length of the building where the trucks are housed. 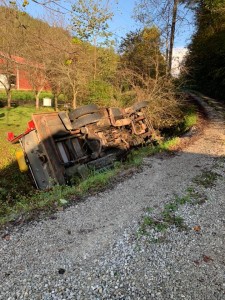 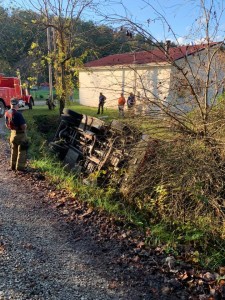 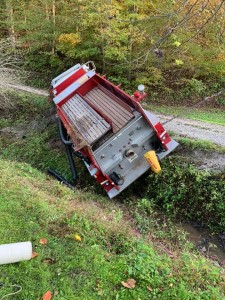