DANVILLE, Ky. (WTVQ) – A routine call turned into a bit of a chase and 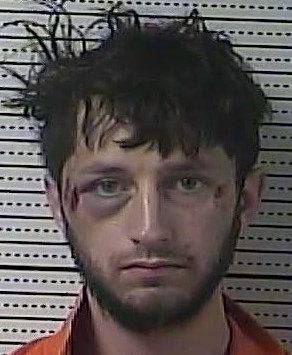 At about 7:15 p.m., an officer was sent to Pollard Lane on a call of a man passed out in a black SUV.

When the officer arrived, he found 27-year-old Alec Camden, of Danville, passed out in the driver’s seat. When the officer confronted Camden, the man pulled away and fled into a residence, even after being shot with a Taser, police said.

The man punched the officer in the face and took off again, circling back to the SUV, police said. A second officer arrived a Tased Camden again, subduing him, according to police.

Camden was charged with third degree assault on an officer, resisting arrest, menacing, possession of marijuana, fleeing on foot, public intoxication and other offenses.

He was treated for minor injuries and then jailed. The officers were not injured. Camden remained in jail Monday morning.