Bolivar Street will be one-way from South Upper toward Oliver Lewis Way and South Broadway.

Avenue of Champions will be one-way from Rose Street to South Limestone beginning Wednesday, April 1. 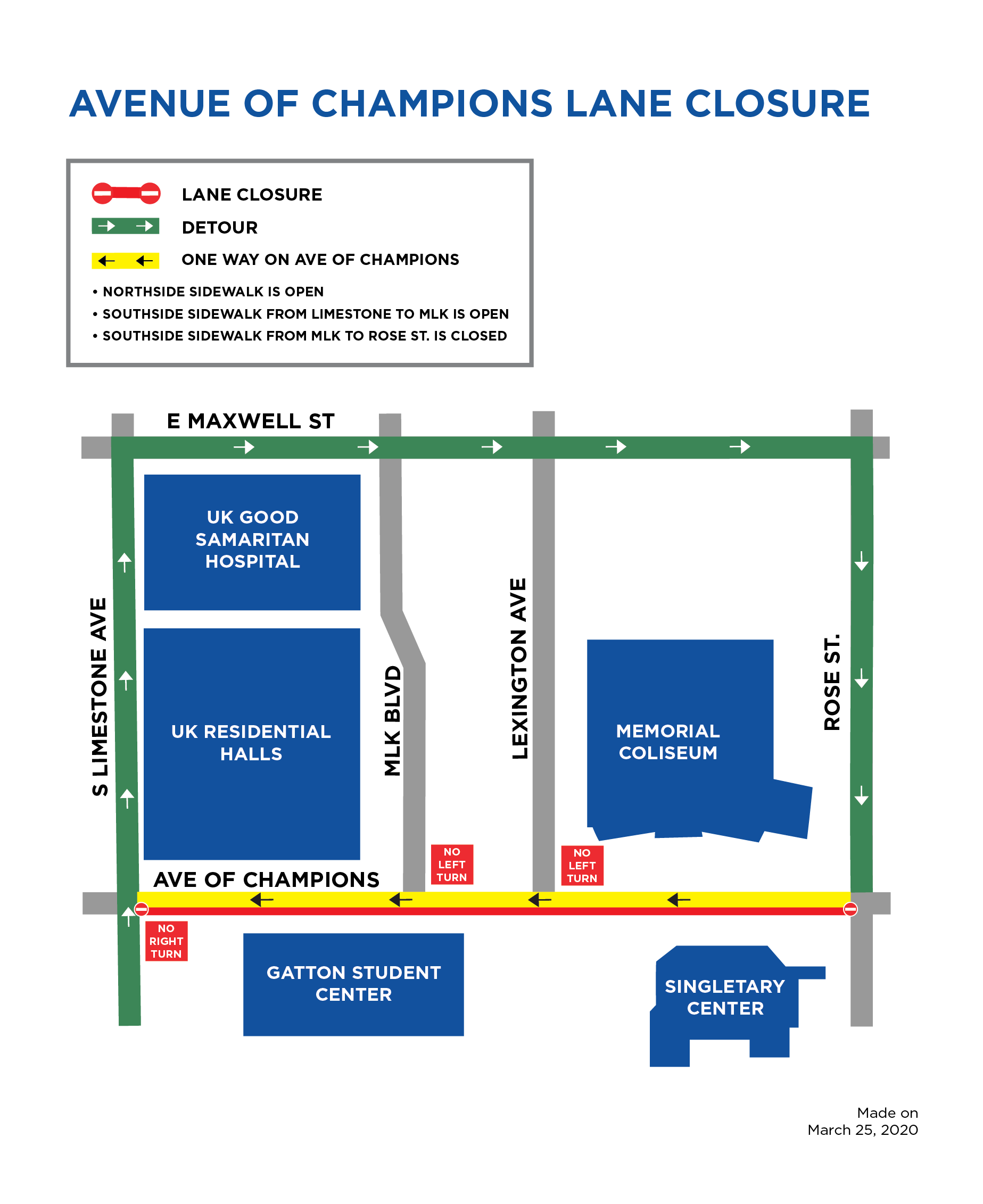 These changes, which are expected to last several months, are necessary to complete sanitary sewer construction from the UK Campus area to Euclid.

Commuters who normally use Bolivar Street to reach the UK Campus area from Oliver Lewis Way and South Broadway can use Cedar Street as a detour to South Upper Street.

Part of Avenue of Champions has been one-way for several weeks. Maxwell Street continues to be the detour route for commuters to reach Rose Street and the Euclid area.

Pedestrians are encouraged to use the sidewalk on the north side of the street and cross only at crosswalks.

This work is the first phase of Lexington’s multi-year project to replace two miles of sanitary sewer line from Oliver Lewis Way to Tates Creek Road, through the University of Kentucky campus and the Euclid business district.

Construction on the Euclid sewer project began in February.