Remains ID’ed, family finally can mourn; husband due in court 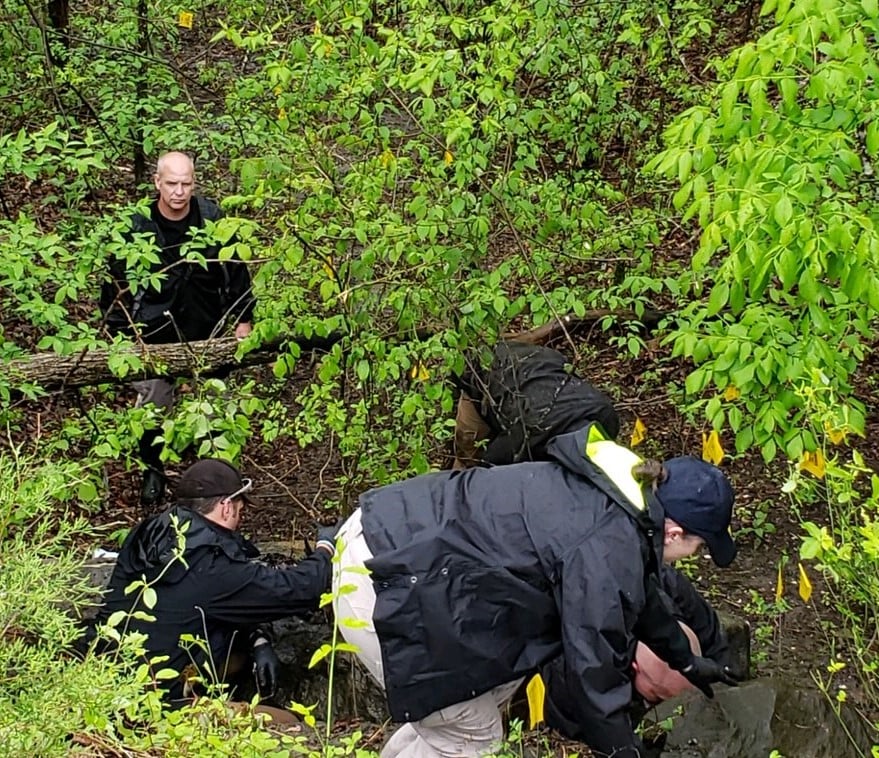 Investigators were back at the scene Tuesday morning where Ella Jackson’s remains were found last week, searching for more evidence and clues/Pulaski County Sheriff’s Department

Her husband, 40-year-old Glenn Jackson already had been charged with her murder, tampering with evidence and tampering with a corpse before people searching for mushrooms found her remains in rural Pulaski County last week.

Glenn Jackson, a professor at EKU, owns a lake home near where the remains were discovered.

He remains in the Madison County Detention Center, where he awaits a preliminary hearing scheduled Wednesday.

In a Facebook post, Ella Jackson’s ex-husband, Jason Hans, shared that he now has custody of the little boy she shared with Glenn Jackson.

He also shared texts Ella sent him because she feared for her life. One text reads, “Not to alarm you badly, but if something happens to me that might look like an accident, don’t believe it.”

Police say she had met with a domestic violence advocate just days before she was last seen. They also have recordings she made of her and her husband fighting.

“I wish there was something that someone could’ve done to prevent this. Do I know if we could’ve prevented it? Probably not. If someone intends on doing something I know they’ll do it. But I would’ve sure liked to have had the opportunity or been given the chance to,” says Richmond Asst. Chief of Police, Rodney Richardson.

Her adult son, Phillip, tells us he hopes this is a wake up call for a lot of women out there. He says his mom was trying to get away and didn’t do it fast enough.

Last week, Pulaski County Sheriff Greg Speck said the remains were found at about 8 p.m. April 28, 2020 in a wooded area off Highway 27 South near the McCreary County line.

In a statement Tuesday, Speck said his investigators continue to work with Richmond police.

The cause and manner of Jackson’s death have not yet been released as the investigation continues.

LEXINGTON, Ky. (WTVQ) – A woman is still missing, but Richmond Police say her husband was arrested Friday in connection to her murder and disappearance. The victim’s former husband posted a long post about what happened.

Now, months later, Hans shares more about E. Jackson’s past and their story on his Facebook.

He says he is working on becoming the guardian for the Jackson’s 6-year-old and the child is staying with him.

Investigators say E. Jackson met with a domestic violence advocate days before her disappearance and officers say they found recordings she made of arguments between her and her husband.

A search warrant allowed officers to investigate the house and cars the couple owned. Police say a significant amount of blood was located in the trunk of G. Jackson’s car belong to his wife.