MANCHESTER, Ky. (WTVQ) – Two people were arrested on drug and other charges early Friday morning in Clay County after a police chase, foot chase, K-9 search and fight with a deputy during the arrests, according to the Clay County Sheriff’s Office.

Investigators say K-9 Deputy Wes Brumley tried to pull over a driver for vehicle violations shortly after midnight, but the driver took off at a high-rate of speed and tried to evade Deputy Brumley.

Investigators say K-9 ‘Ghost’ tracked both suspects and found them in the woods at which time both suspects became aggressive and fought with Deputy Brumley.

After a brief struggle, 35-year old Brandon “Pencil” Davidson, of Stone Gap and 45-year old Jennie Crosslin were arrested and taken into custody, according to investigators.

Deputy Brumley says a search of the suspect’s vehicle turned up a handgun, cash and a large amount of suspected methamphetamine.

Investigators say Davidson was charged with: 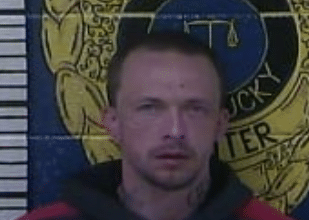 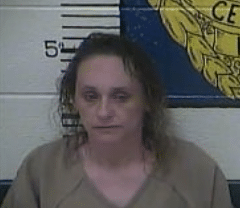