Visitation Monday, 5pm-8pm, Milward-Southland in Lexington, services will be private

Erica Bivens, Tom Kenny,
Update from June 3, 2022:
LEXINGTON, Ky. (WTVQ) – Funeral arrangements are complete for radio legend Karl Shannon who passed away Wednesday at the age of 68.
According to Milward Funeral Directors, visitation will Monday, June 6, 2022 from 5:00 p.m. to 8:00 p.m at Milward-Southland in Lexington.  Services will be private.
Here is the obituary from the funeral home:
Karl W. Schmidt (a.k.a Karl Shannon) passed away on June 1st, 2022 at the age of 68.  He is survived by his wife, Marie; sons Jeremy & David (Ladonna), Grandson Colton Schmidt, as well as his uncle, numerous cousins, and friends.  He was preceded in death by his Father, Karl Walter Schmidt Sr. & his mother Lillian Jean (Cole) Schmidt.

Karl’s name became synonymous with Country music for generations of Kentucky radio fans.  For over 50 years, Karl entertained Country music audiences in Nashville, Louisville and Lexington. During Karl’s 50-year career, he was recognized by his peers with many prestigious Nominations.

In a post on Shannon’s page, David wrote, “This is Karl’s son, David. I wanted to let it be known that my father passed away last night. Right now our family thanks you for your well wishes and thoughts, and asks to respect our privacy.”

Shannon was in the radio industry for more than 40 years. He retired in 2018.

Shannon was also known to many in the area as Santa Claus and helped with several holiday events at Waveland. 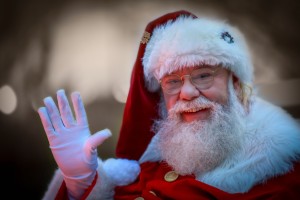 Funeral arrangements have not yet been announced.