“We never have condoned any type of behavior like that – never will,” says John Hines, head football coach at Pulaski County High School.

Hine says he was shocked to hear about the alleged racial slurs.

We’re trying our best to find out exactly what went on and deal with the situation in the best way,” Hines says.

The incident reached social media Saturday after the parent posted the letter he wrote to leaders at Pulaski County schools.

Will Witherington details what his child says happened on the field. He writes the slurs were “numerous and various.”

Witherington goes on to write that his son isn’t Black, but he was hurt seeing his teammates’ faces.

The letter also calls for the Kentucky High School Athletic Association to implement ways to punish players, teams, and programs for hate speech, and bar them from competition.

It also calls for a possible boycott of Pulaski County games until this happens.

“It’s really hard when we don’t – we’re not told who said what to who and be able to really pin that down,” Hines says.

However, Hines says he apologized on behalf of the district.

ABC 36 sports was at that game and overheard a player making the complaints. Minutes later, a referee was seen talking to several Pulaski County players.

“We appreciate the sincere outreach from Superintendent Richardson and his willingness to embrace this as a teachable moment and take appropriate action. The language used on the football field Friday night was abhorrent and we welcome his support to reject racism.

We also believe the referees had an opportunity to address it at the time it occurred and are disappointed that even though our coach reported the behavior to the officials, no action was taken. There should be no tolerance for acts of hate, and we will follow up with the Kentucky High School Athletic Association to share our concern.

Racial and social justice is woven into the fabric of our school district and we take seriously our role in confronting the hate that is too often learned at home. Our hearts hurt for the young men who were disrespected Friday night and ask everyone to do what they can to build unity and a respect for the differences that make our community stronger. We are better together.”

Tate’s Creek Principal Marty Mills also sent a letter to parents. A parent shared it with WTVQ. It is pictured below: 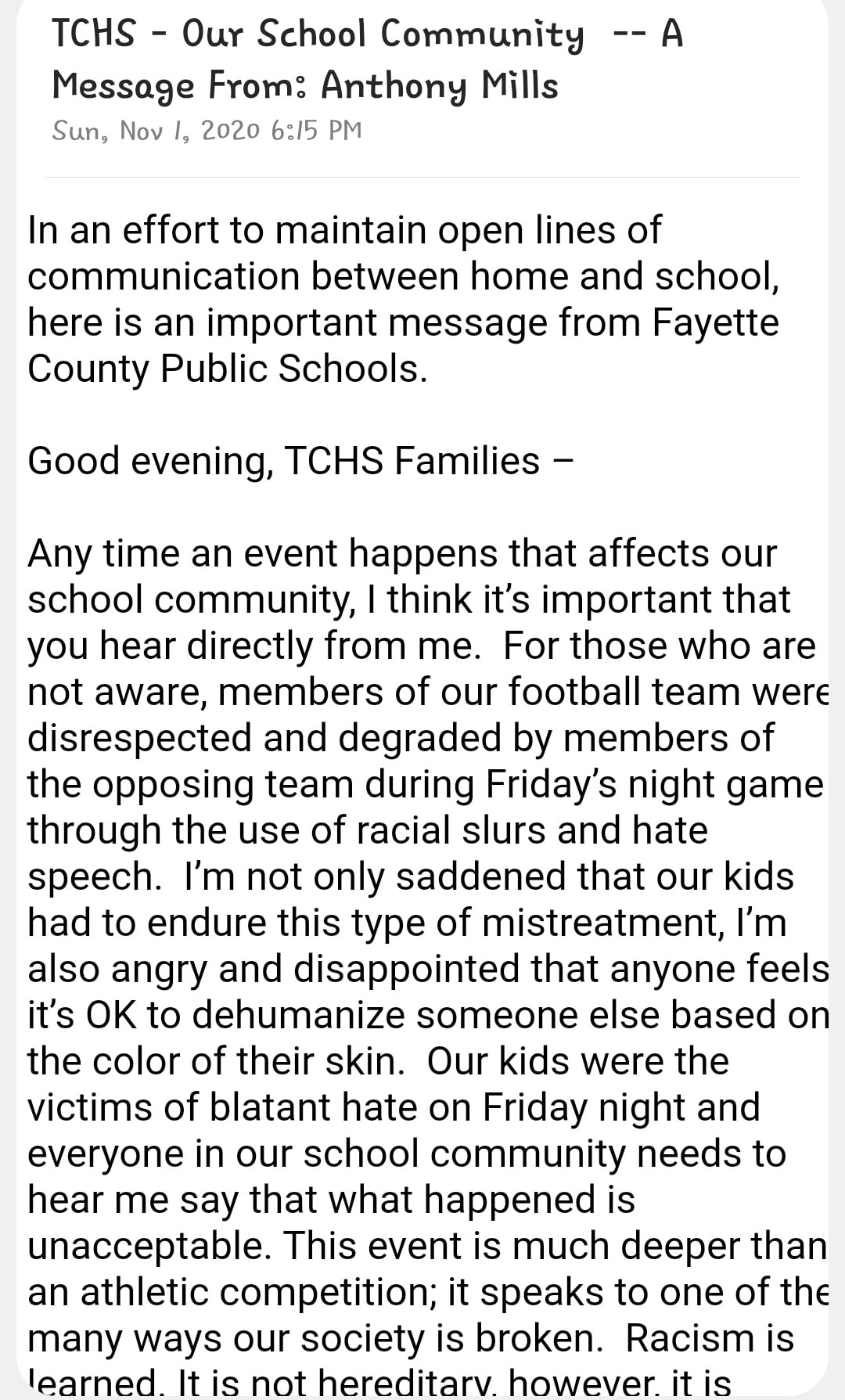 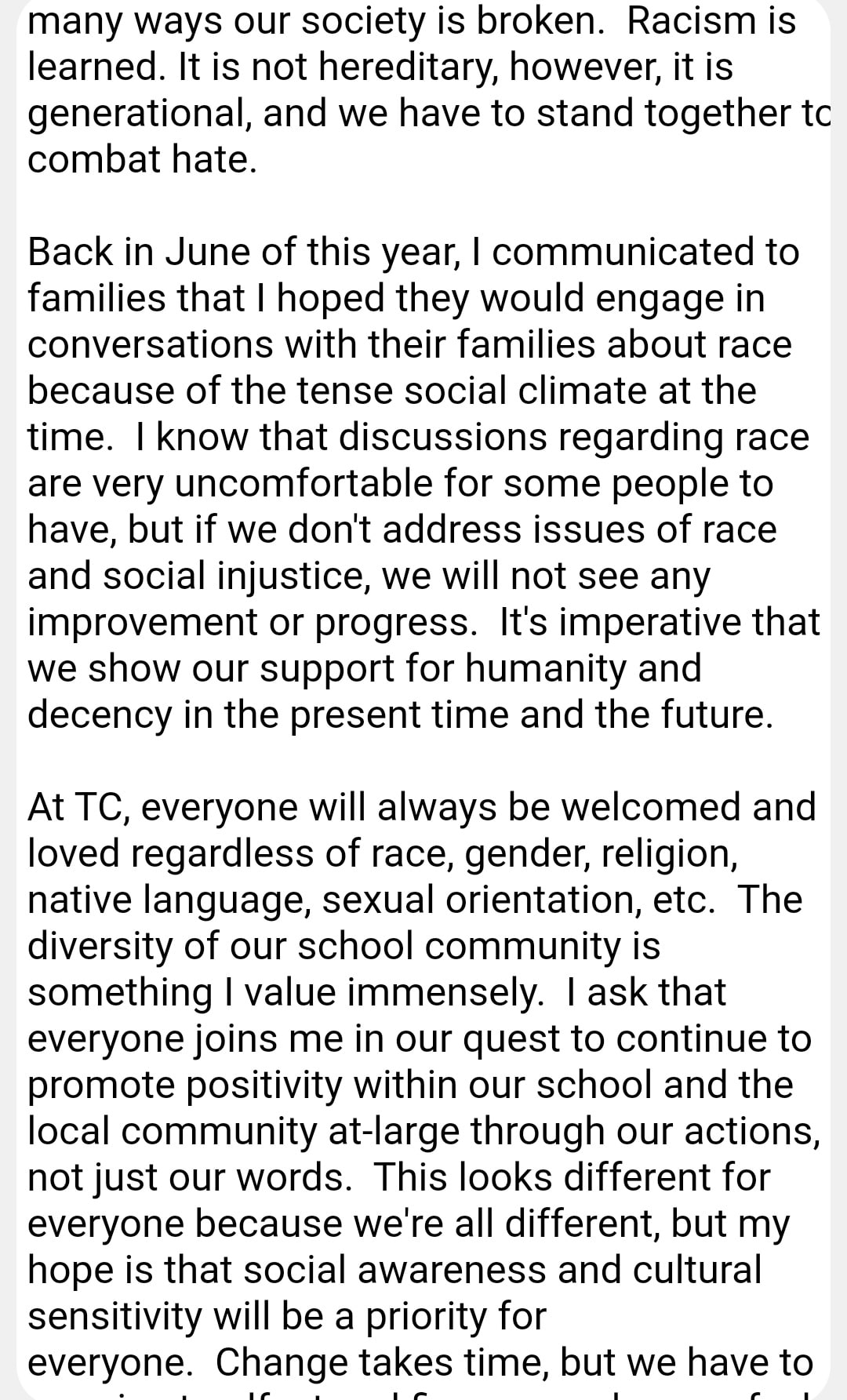 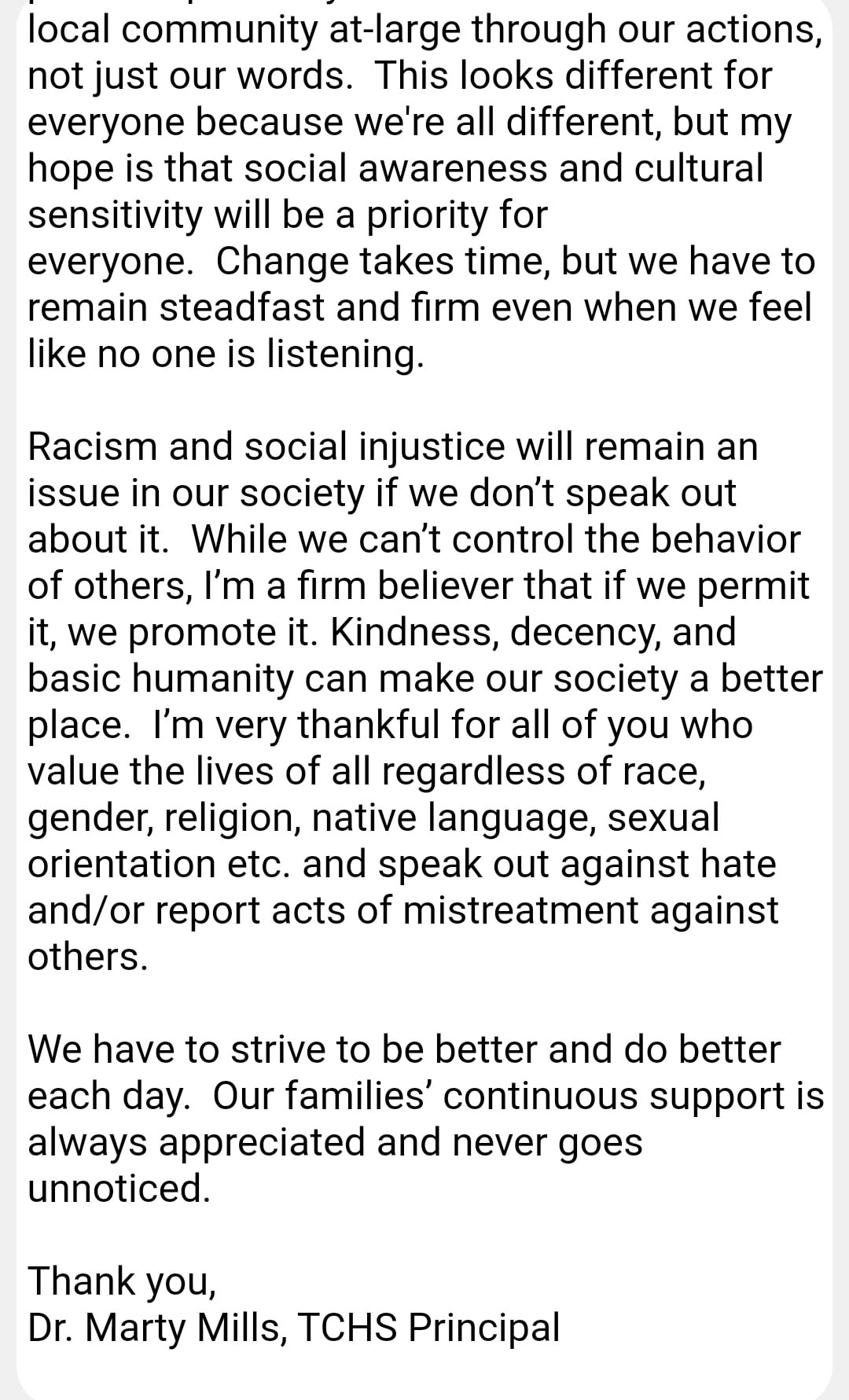 Hine says the next step for his team is racial sensitivity training through the Kentucky High School Athletic Association.