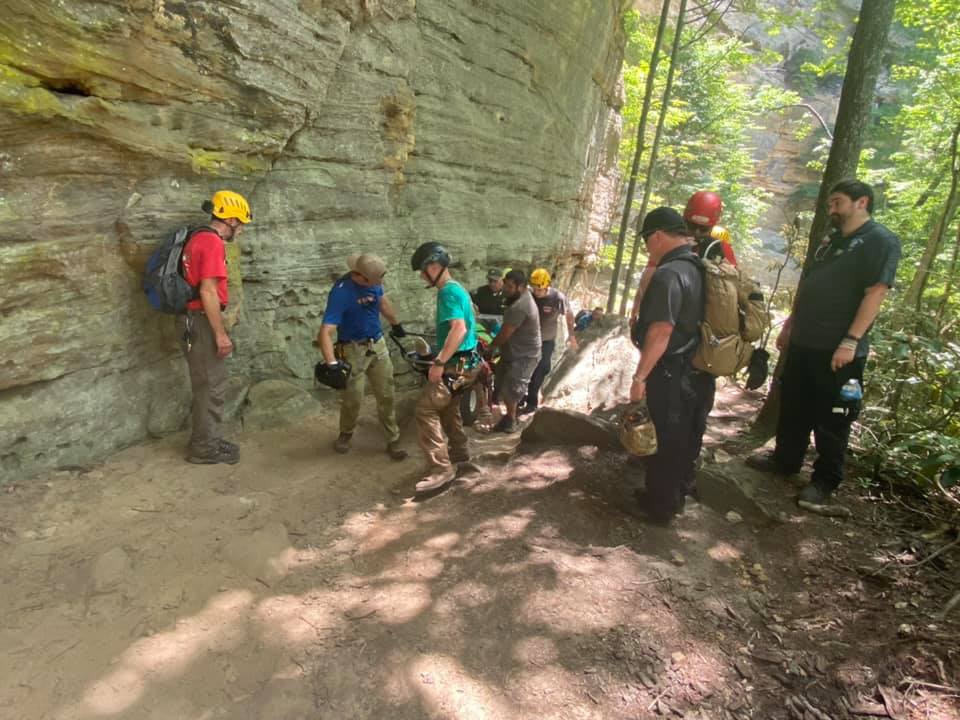 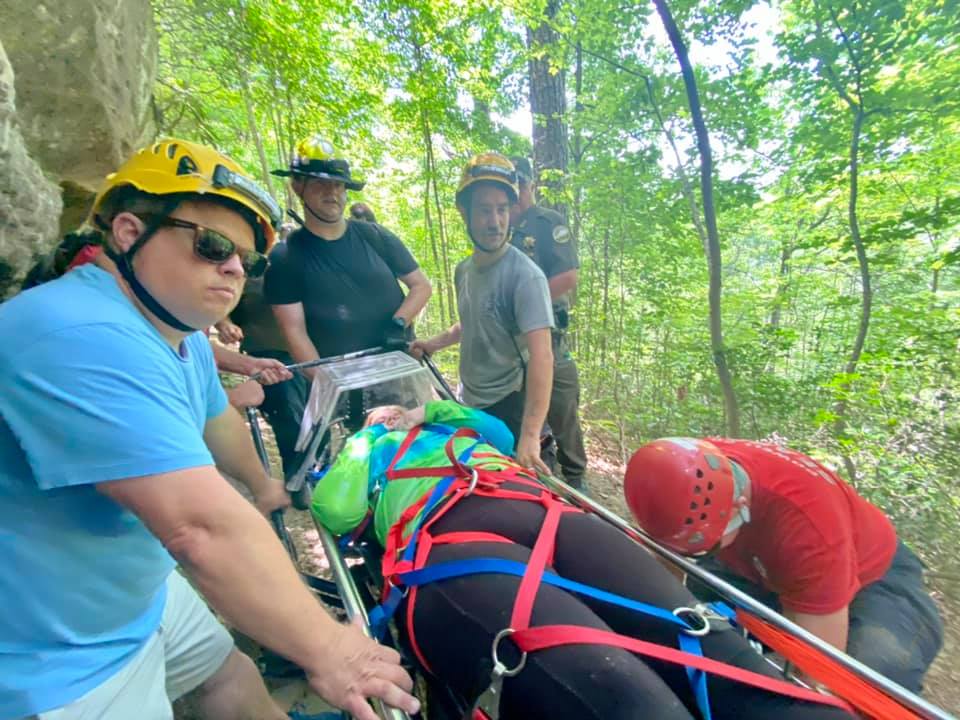 busy Friday night and Saturday.
At about 11:30 a.m. Saturday, Powell County Search and Rescue received a call for assistance at Natural Bridge State Resort Park for a hiker with possible dehydration. The team ended up not being needed on that call but just before 1 p.m., a woman hiker with an ankle injury was reported on Rock Garden Trail, according to the team’s Facebook post. 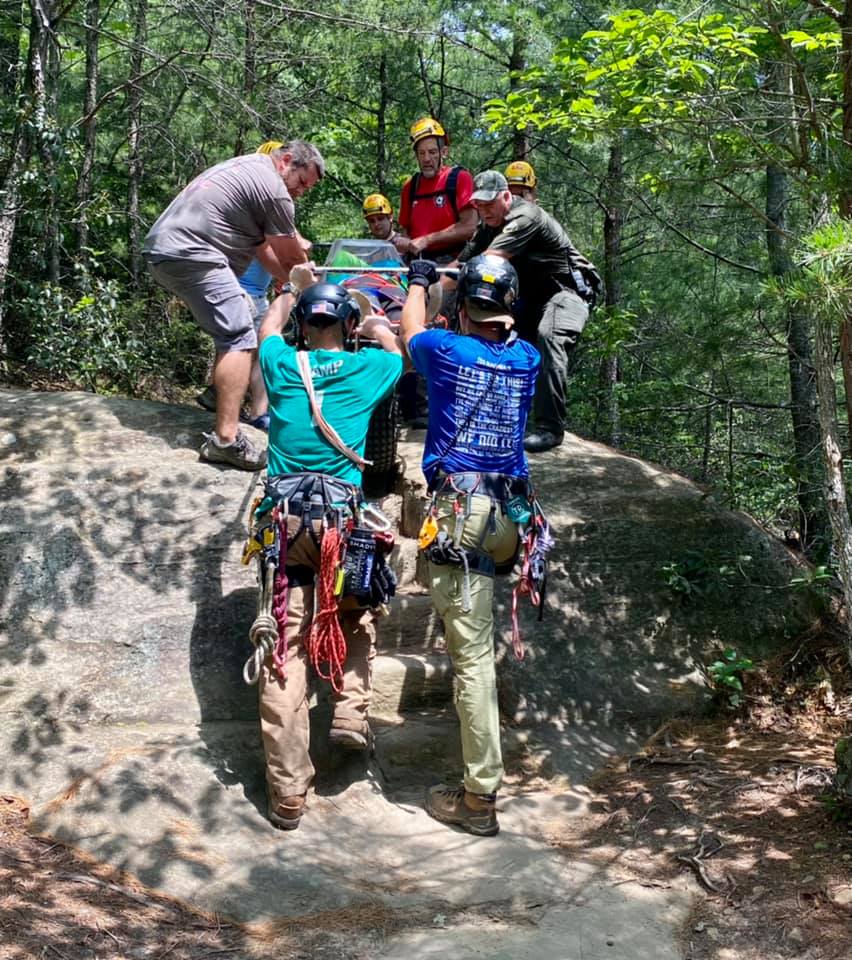 The team, along a NBSP Park Ranger and Powell County Emergency Medical Services,  packaged the patient and carried her out via Rock Garden And Low Gap Trails.
A series of low angle ropes were used for the steep sections of these trails, the team described.

The person self reported he was hiking in the area of Double Arch Trail/Auxier Ridge, when he became disoriented. A cell phone ping from Powell County Dispatch initially indicated his location was near Twin Arch Road in Nada, according to Wolfe County’s Facebook post. 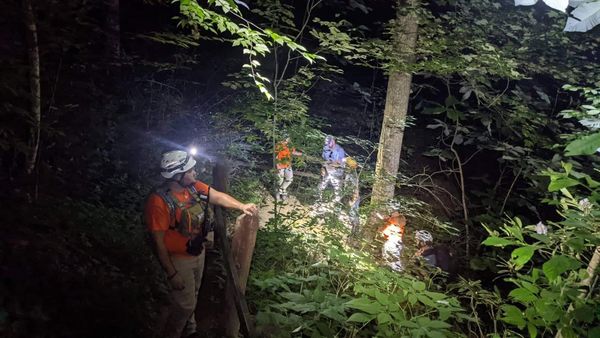 vicinity, Wolfe County Search and Rescue began talking the subject through finding his coordinates himself on his compass app on his IPhone.

It became clear the man didn’t have location permissions turned on for his compass app.

Team Training Officer Mark Ryan, who works as an IT Executive in his day job, was able to perform a little “tech support” and talk the subject through correcting the error in his phone’s settings, the team said on its post.

A new set of coordinates were obtained, and the man was located about 100 meters off trail, below the staircase at the end of the road portion of Double Arch Trail.