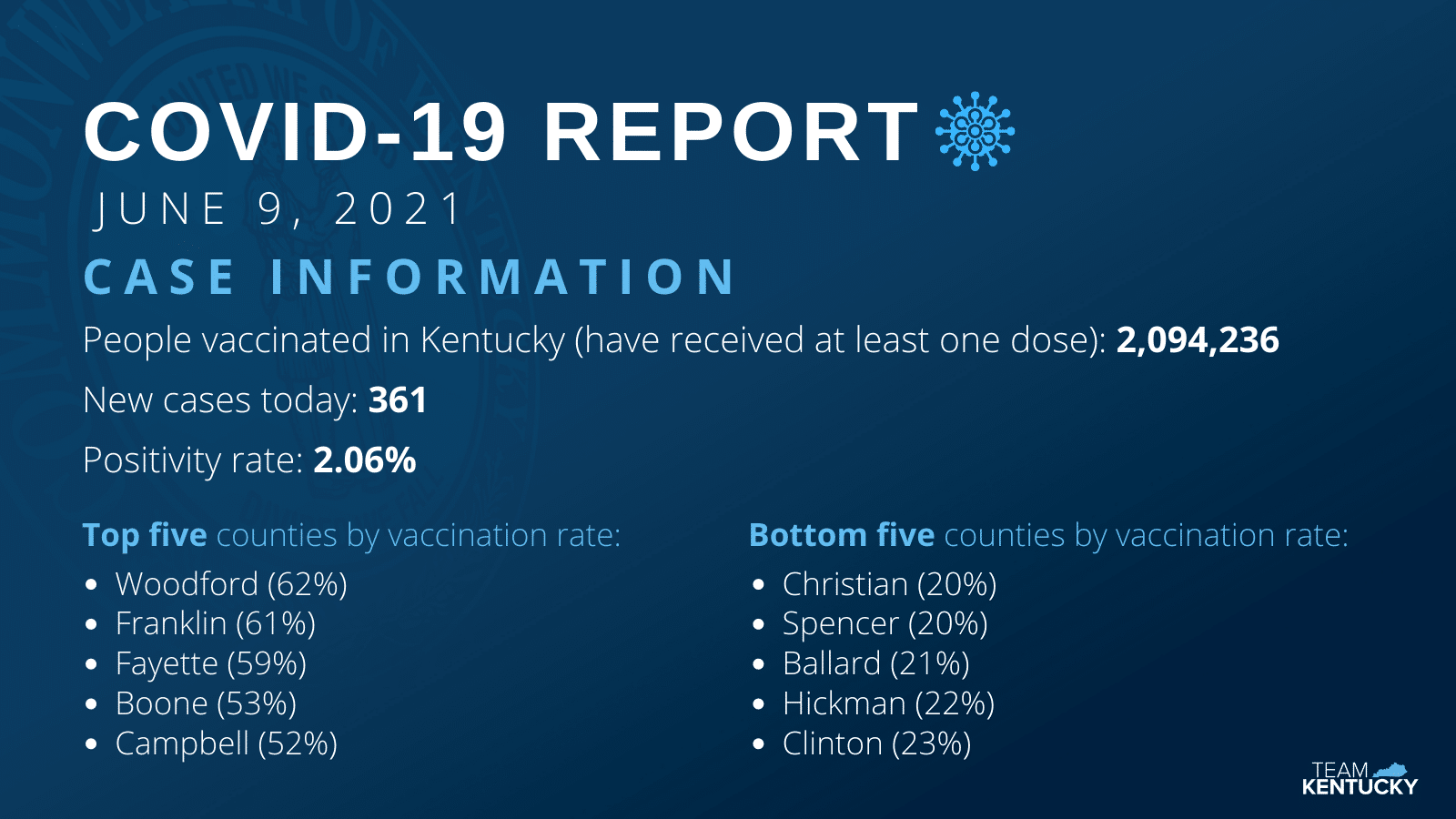 The counties with the highest vaccination rates continued to be Woodford, Franklin, Fayette, Boone and Campbell while the counties with the lowest rates still are Christian, Spencer, Ballard, Hickman and Clinton although each of those counties now has at least 20 percent of their residents with one dose.