ANDERSON COUNTY, Ky. (WTVQ)- In the days after the recent school shooting, a raffle in Anderson County is drawing anger from some, and support from others.

The giveaway has been going since last Saturday, before the shooting. It supports a local girls’ softball team. For just a $10.00 ticket, you could win a gun, the same kind used in the Florida school shooting. 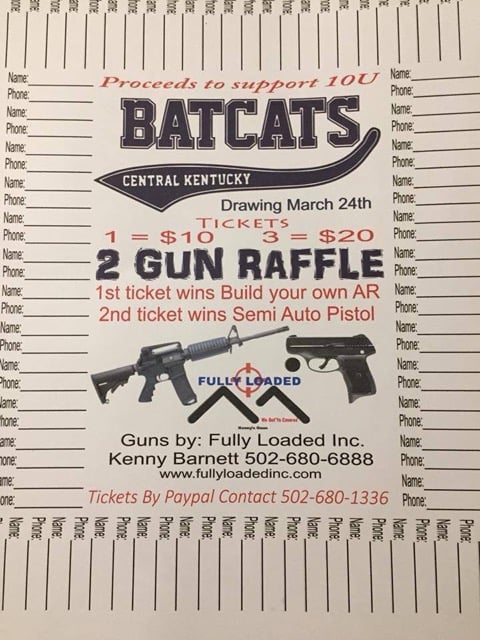 Checking Facebook is a daily ritual for retired teacher Joell Finney. She loves the political posts from friends and hates the ones that showcase opinions contrary to her own.

On Thursday, though, just a day after the school shooting that killed 17, she saw something she really didn’t like. It is a flyer advertising a raffle to benefit the Batcats, a girls’ softball travel team out of Anderson County.

The grand prizes are a semi automatic pistol and an AR like the one used in the Florida school shooting.

“I was truly astonished that a group of people purportedly supporting young girls under the age of ten would be willing to raffle guns, rifles, automatic weapons as a way to raise money for their crew. That’s just repulsive,” Finney said.

Barnett tells ABC 36 travel ball teams need a lot of money. With a gun raffle he can raise about $7,500 in two months. It is much more than he says a bake sale could do.

“We know that. We know that, but I just do not see how anyone could live with them-self,” Finney said. 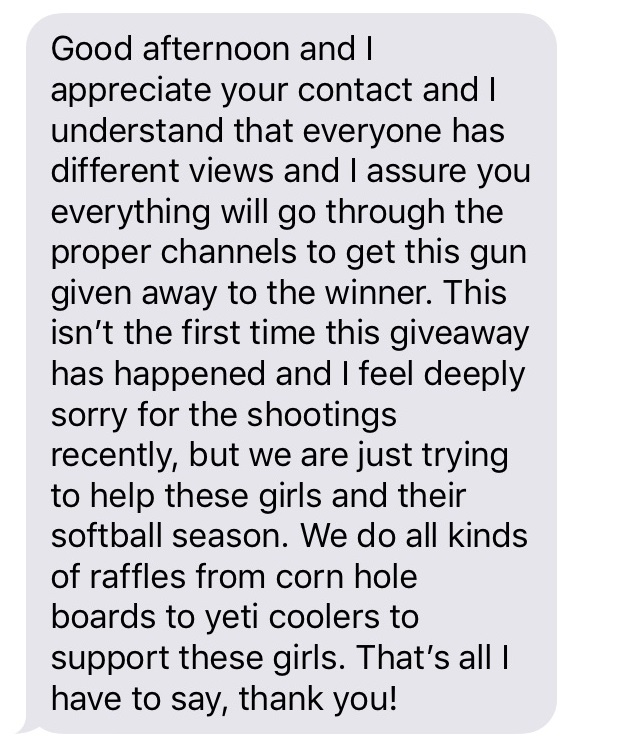 The team manager says winners will still have to pass background checks, just as if they were buying the weapons.

“I feel deeply sorry for the shootings recently, but we are just trying to help these girls,” he wrote in a text.

For Finney, thoughts and prayers from politicians or average people are not enough. She says she wants improved gun control laws, particularly for those with mental illness.

Someone has started an online Go Fund Me page to help get the BatCats to the World Series.

Beshear: FEMA has to 'get it right' in response to flooding