LEXINGTON, Ky. (WTVQ) – Many people across Kentucky are showing their support for Ukraine by lighting up homes and businesses with the colors of the Ukrainian flag – blue and yellow.

In downtown Lexington, the Helix Garage, two downtown pedways and City Center will be lit-up in blue and yellow through Saturday, March 5. 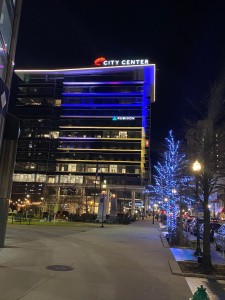 “Let’s join together in support of peace in Ukraine as millions around the world are doing,” said Lexington Mayor Linda Gorton. 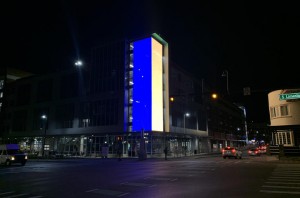 Source: The University of Kentucky

In Frankfort, Gov. Andy Beshear and First Lady Britainy Beshear announced the dome of the Kentucky State Capitol would also be lit blue and the front of the Governor’s Mansion yellow. 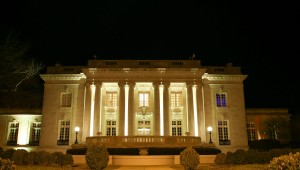 “This should be a time of unity for all those who champion democracy and the rule of law,” said Gov. Beshear. “Russia’s unprovoked and escalating military attack on Ukraine is a reminder that freedom and self-determination should never be taken for granted by any of us. Britainy and I invite Kentuckians to join us in showing support for the people of Ukraine and praying for peace.” 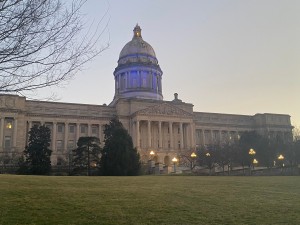 According to the governor, the dome of the Capitol, which has been lit green in March 2020 to commemorate the commonwealth’s losses to COVID-19, has not changed colors throughout the course of the pandemic until now. The colors will remain lit Tuesday and Wednesday as a show of support for the people of Ukraine.

“I’m glad that our governor is showing that kind of support,” one lady said. “I’ve been impressed with the civilians over in Ukraine who have taken up arms and done whatever they could do fight against the Russian in the invasion.”

“I’m glad to see some changes around the capitol dome and to do so in a way that joins with everyone else in the world,” one man told ABC 36 News.

In Lexington, DV8 Kitchen has created a special donut in support of Ukraine. In a post shared on social media, DV8 Kitchen says, “Our hearts and prayers go out to everyone in Ukraine right now 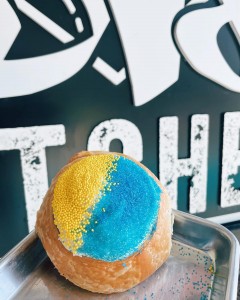 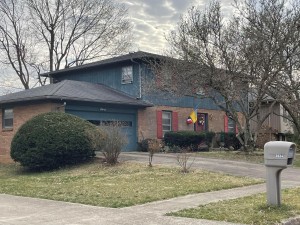 A home in Lexington flies a Ukrainian flag.

In Williamstown, the Ark Encounter shared an image, saying, “We lit our life-size Noah’s Ark in blue and yellow as a reminder to pray for the people of Ukraine.” 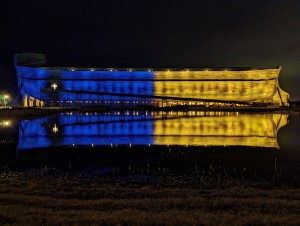 Tag ABC 36 in your pictures.