GEORGETOWN, Ky. (WTVQ) – A man wrapped in a Minnie Mouse blanket during a gas station armed robbery in Scott County on Thursday has been arrested, according to the Scott County Sheriff’s Office.

Investigators say Jonathan Rahming was arrested and charged in connection to the robbery of a Marathon gas station on Cherry Blossom Drive near Exit 129.

Deputies say Rahming was charged with Robbery first-degree.  He was taken to the Scott County Detention Center.

GEORGETOWN, Ky. (WTVQ) – The Scott County Sheriff’s Office is asking for the public’s help identifying and finding a person of interest from an armed robbery of a Marathon station on Cherry Blossom Drive next to a Motel 6 who was wrapped in a Minnie Mouse blanket.

Deputies say it happened around 8:00 p.m. on Thursday.

The sheriff’s office posted security camera images of the person of interest on its Facebook page. 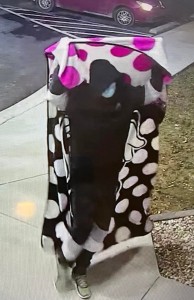 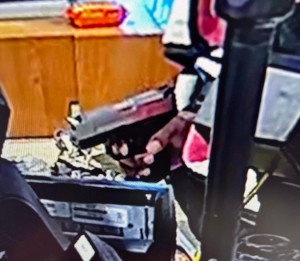