Shemwell was waiting to cross the street near Kroger field with his dad and brother during a UK football game.

Now, the Shemwell family is doing something big to honor Marco and help celebrate other kids.

Since Ben and Liz Shemwell lost their son, they’ve created the Marco Shemwell Foundation and their mission is to put love into action.

Every Monday, the couple does a #MarcoMonday challenge that encourages people to do a good deed but instead of doing a one day challenge, they’re doing one all month long.

Between their oldest son, Maximo and Marco’s birthday they are collecting items for birthday boxes to go to children in need.

The Shemwell’s are collecting donations and hope to fill one thousand boxes.

“I think that he would be very proud of us,” said Liz Shemwell.

On August 25, when Marco would have turned five, they will have a birthday party.

Volunteers are invited to help build birthday boxes and celebrate their son. 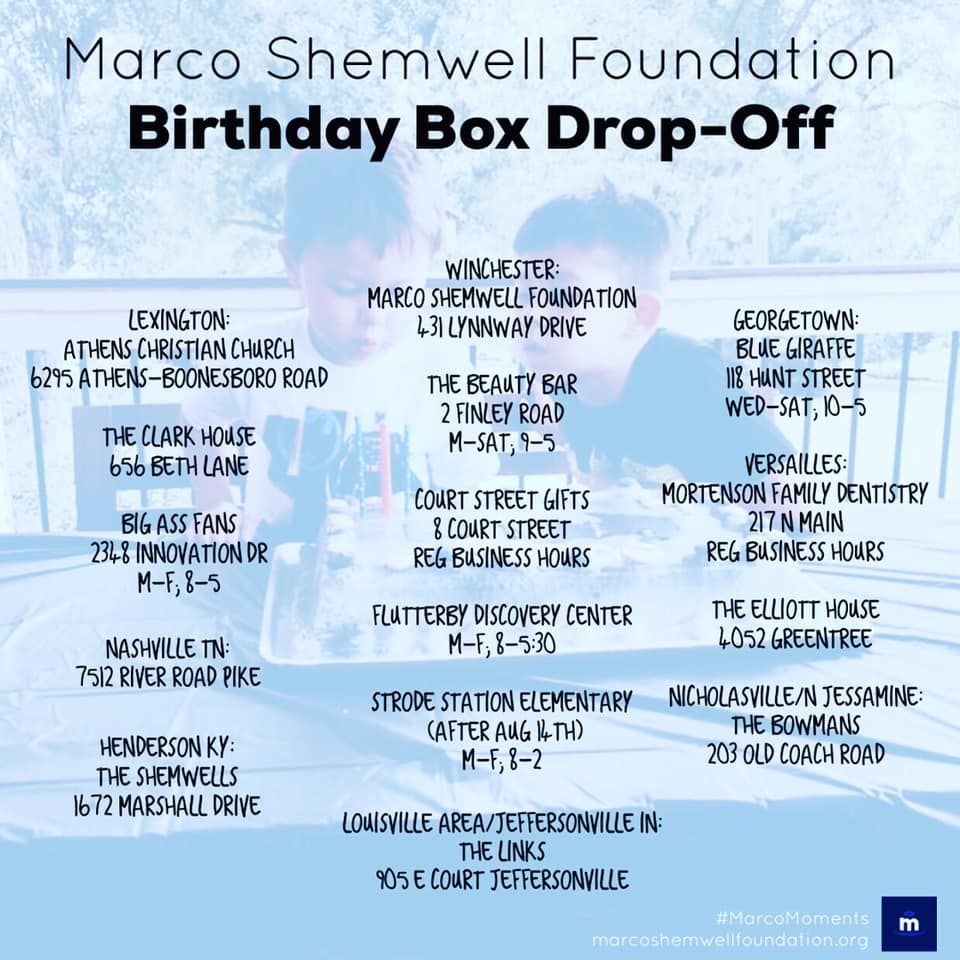