Pandemic forcing KY moms out of the workforce

LEXINGTON, Ky. (WTVQ) – There have been a lot of troubling employment numbers to come out during the Covid-19 pandemic, but few as troubling as the number of mothers leaving the workforce because of it.

Statistics show the pandemic has driven more than two million mothers out of the workforce – an exodus experts say could set back the U.S. economy, families and gender equity for decades to come.

One Kentucky working mother, Sarah Mattingly says the pandemic forced her to choose between her job of 16 years as a physical therapist and her three children.

“I loved being a physical therapist. I loved serving our community. I loved where I worked. I love the people I worked with,” says Mattingly.

But in September, Mattingly put in her 30-days notice at work. It’s the same month a staggering 865,000 women in the U.S. left the workforce, according to the Bureau of Labor statistics. It’s not surprising that the mass exodus happened around the same time the new school year began and many parents found out their children would be doing remote-learning only.

According to the Kentucky Center for Economic Policy, research shows when the pandemic forced daycares and schools to close, families took on an additional 27 hours of child care a week because of the shutdowns, with women handling a majority of it.

The center says statistics show twice as many women as men have left their jobs because childcare issues brought on by the pandemic.

“As a result of this strain of taking on so much responsibility, that’s forced some women to reduce their work hours or some women to quit work altogether,” says Anna Baumann. deputy director for the Kentucky Center for Economic Policy.

That’s the situation Mattingly found herself in. With her husband working out of town five days a week, she took on another full-time job – educating her children. She says remote-only learning was particularly tough on her 7-year-old. Unlike his older sisters, Mattingly says her son did not have online instruction and she had to come up with lesson plans for him. She says she would come home from her job and work with him on his schooling while also helping her two daughters with theirs. She says most nights, she would also have to take them to their extra-curricular activities like basketball, soccer and dance.

“It only took about two weeks and i was like, this has to stop, i just cannot maintain it,” says Mattingly.

State representative Josie Raymond, (D) Louisville, is also a mother of three who suddenly found it impossible to juggle it all.

Raymond left her full-time job at the University of Louisville in the spring to care for her children. After telling people about her decision, she says other mothers have started telling her about their struggles.

Raymond says the challenges facing working mothers because of several societal structures have only been compounded by the pandemic.

While Raymond quit her job at the University of Louisville, she did keep her other job of representing her constituents in Frankfort.

Last year, she became the first woman to give birth while serving in the statehouse and often had her newborn by her side during the legislative session. Raymond says, even before her daughter was born and before the pandemic put a spotlight on the lack of support for working mothers, she was pushing for policies like paid family leave, affordable childcare and pre-K for all three-and-four-year-olds in the state.

She says, because of the pandemic, additional policies are needed from lawmakers and employers to get mothers back into the workforce, including creating more training and educational opportunities that provide a direct path to employment and allowing for more flexible work environments.

“It’s time for us to say these are some of the changes were could make that would make life easier for working moms and make our communities and our state stronger,” says Raymond.

Raymond, like Mattingly, says she plans to return to a full-time job once the pandemic is over and schools reopen.

“We know it’s going to be a difficult recovery. Moms aren’t going back to work the day after the vaccine is delivered and the day after school starts.” says Raymond. “It’s going to take a long time to get hundreds of thousands of women across Kentucky back into the workforce but that’s where they want to be.” 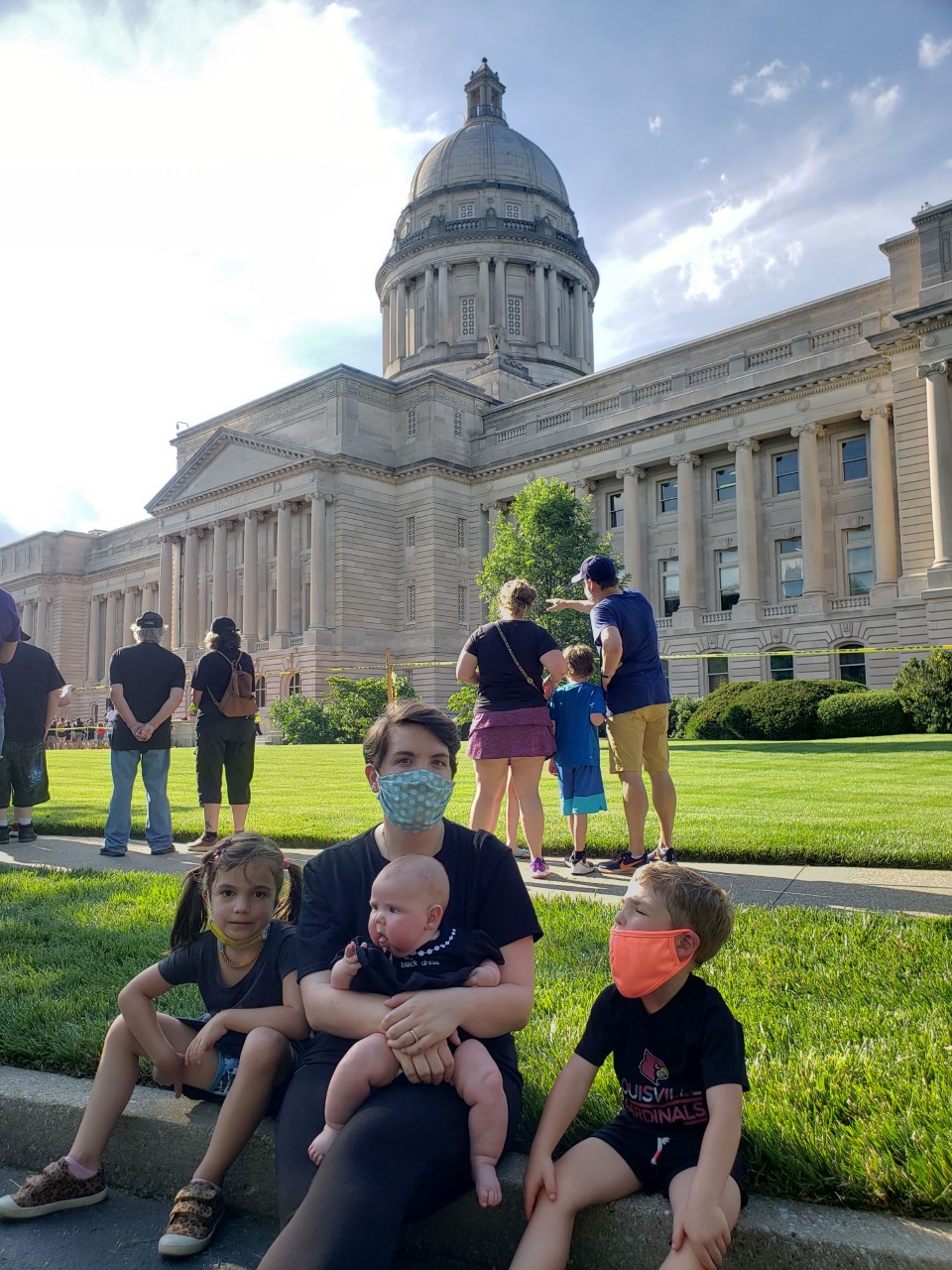 Ex-cop who kneeled on George Floyd’s back gets 3.5-year term