MOREHEAD, Ky. (WTVQ) – Morehead State University has announced the student speakers for 2021 Spring Commencement. This May Commencement will be outdoors, socially distanced, and with ticketed entry. 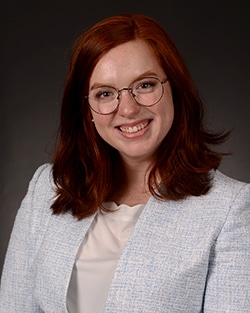 LaBreche is a 2017 graduate of the Craft Academy for Excellence in Science and Mathematics at MSU.

She served as a peer tutor and worked with Craft Academy students to develop a business model and successfully competed at several statewide business competitions.

As a Craft Academy student, she also completed an internship with Kentucky Department of Agriculture and traveled abroad to both Germany and Switzerland to represent the Academy and MSU as she and her academy peers studied renewable energy.

As an undergraduate student, she was accepted into the George M. Luckey Jr. Academic Honors Program.

She worked as a tutor in the Mathematics Learning and Testing Center and completed a two-year Undergraduate Research Fellowship under the direction of professor of biology Dr. Geoff Gearner.

Since May 2018, LaBreche has worked as a laboratory analyst in the Morehead State Water Testing Laboratory.

LaBreche was a member of the Delta Tau Chapter of Kappa Delta Sorority, where she served in several roles.

Since November 2019, she has served as vice president of community service and helped organize an event at the Space Science Center for area Girl Scouts and their families.

LaBreche has also been a member of the Cicero Society during her undergraduate career at MSU, serving as vice president and later president.

LaBreche plans to enroll in graduate school to study epidemiology and pursue a career in public health. 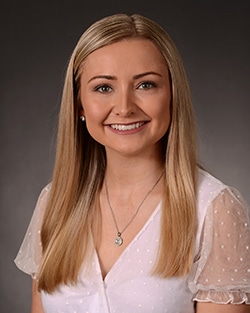 Caudill College of Arts, Humanities, and Social Sciences. She is the daughter of Patrick and Jenny Clark. She will graduate with a Bachelor of Science, neuroscience area and major in Spanish.

Clark completed two Undergraduate Research Fellowships at MSU and a summer research opportunity at Purdue University. She has presented research at eight different conferences and meetings.

In addition to being a member of the MSU Dance Team for all four years as an undergraduate student, Clark was also named Outstanding Undergraduate Student in Spanish.

She spent six weeks volunteering to teach English in Guatemala and plans to use her Spanish education to help her in her medical career.

Clark also volunteers on campus and in her community, participating in senior center visits, helping with the Tilden Hogge Elementary School’s Fall Festival and Book Fair, doing community clean-up and serving as a peer mentor in the International Peer Mentoring Program.

Clark was recently offered an annual $10,000 scholarship to attend the University of Kentucky School of Medicine. After completing medical school at UK, Clark plans to pursue a career as a neurologist.

Zackary Highley of Owingsville will serve as commencement speaker representing the 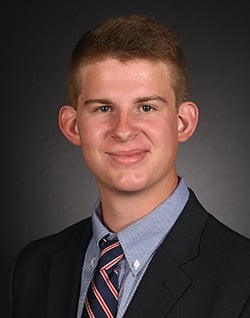 He will graduate with a Bachelor of Business Administration in Marketing with minors in social media and public relations and event planning.

Highley has been actively involved with marketing for MSU Athletics throughout his undergraduate career.

He served as a marketing and promotions student associate in August 2017 and as marketing and fan engagement coordinator beginning in May 2020.

He received the Outstanding Marketing Student Award from the Elmer R. Smith College of Business and Technology.

Highley was active and engaged in the MSU campus community. He has been a Student Alumni Ambassador for all four years at MSU.

From Aug. 2019, he was intramural chair and an events committee member. He earned Most School Spirit Honor awards two years in a row (2017-18, 2018-19), was given the Mr. Morehead Award, presented to an outstanding male that is very involved on campus, in 2018-19 and was named Student Alumni Ambassador Member of the Year for 2019-20.

He also served as the president and founder of the Flight Crew Athletic Involvement Organization. This 20-member organization supports a positive culture for athletic involvement at MSU.

Highley plans to continue his education at MSU, pursuing a Master of Business Administration and later pursuing a career in branding, consumer engagement and social media.

For more information on MSU’s 2021 Spring Commencement and to live stream the ceremonies, visit www.moreheadstate.edu/graduation.